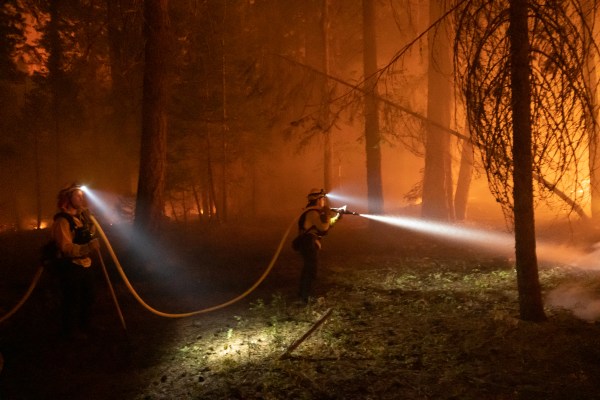 BreezoMeter has been on a mission to make environmental health hazards accessible to as many people as possible. Through its air quality index (AQI) calculations, the Israel-based company can now identify the quality of air down to a few meters in dozens of countries. A partnership with Apple to include its data into the iOS Weather app along with its own popular apps delivers those metrics to hundreds of millions of users, and an API product allows companies to tap into its dataset for their own purposes.

Right on the heels of a $30 million Series C round a few weeks ago, the company is radially expanding its product from air quality into the real-time detection of wildfire perimeters with its new product, Wildfire Tracker.

The new product will take advantage of the company’s fusion of sensor data, satellite imagery, and local eyewitness reports to be able to identify the edges of wildfires in real-time. “People expect accurate wildfire information just as they expect accurate weather or humidity data,” Ran Korber, CEO and co-founder, said. “It has an immediate effect on their life.” He added further that BreezoMeter wants to “try to connect the dots between climate tech and human health.”

Fire danger zones will be indicated with polygonal boundaries marked in red, and as always, air quality data will be viewable in these zones and in surrounding areas.

Korber emphasized that getting these perimeters accurate across dozens of countries was no easy feat. Sensors can be sparse, particularly in the forests where wildfires ignite. Meanwhile, satellite data that focuses on thermal imaging can be fooled. “We’re looking for abnormalities … many of the times you have these false positives,” Korber said. He gave an example of a large solar panel array which can look very hot with thermal sensors but obviously isn’t a fire.

The identified fire perimeters will be available for free to consumers on BreezoMeter’s air quality map website, and will shortly come to the company’s apps as well. Later this year, these perimeters will be available from the company’s APIs for commercial customers. Korber hopes the API endpoints will give companies like car manufacturers the ability to forewarn drivers that they are approaching a conflagration.

The new feature is just a continuation of BreezoMeter’s long-time expansion of its product. “When we started, it was just air quality … and only forecasting air pollution in Israel,” Korber said. “Almost every year since then, we expanded the product portfolio to new environmental hazards.” He pointed to the addition of pollen in 2018 and the increasingly global nature of the app.

Wildfire detection is an, ahem, hot area these days for VC investors. For example, Cornea is a startup focused on helping firefighters identify and mitigate blazes, while Perimeter wants to help identify boundaries of wildfires and give explicit evacuation instructions complete with maps. As Silicon Valley’s home state of California and much of the world increasingly become a tinderbox for fires, expect more investment and products to enter this area.