As e-bikes boom, FuroSystems raises its first venture funding round ahead of a new model launch – TechCrunch 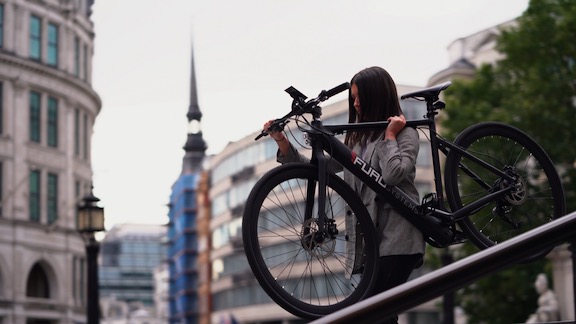 With COVID-19 making commuters switch to bikes, and cities wanting cleaner air, the e-bike revolution is only just getting started. Further evidence of this is the news that today British e-bike manufacturer FuroSystems has closed its first institutional venture funding round of £750,000 with participation by TSP Ventures and European impact investment bank ClearlySo, as well as a number of angel investors.

Not unlike the “new wave” of startup e-bike makers such as VanMoof and Cowboy, London-based FuroSystems is also bringing an interesting take on the e-bike concept. Key to its appeal is that its bikes are very light and can therefore be pedaled like normal bikes when not using the electric motor. Furthermore, their pricing is also highly competitive compared to conventional bikes.

Unlike many e-bike makers, it also has a folding e-bike, the Furo X, whose carbon-fiber frame makes it one of the lightest e-bikes in the world, weighing just 15 kg. The high-density removable lithium-ion battery has a range of 55 km. FuroSystems also makes a point of using industry-standard parts such as Shimano gears and hydraulic disk brakes, which makes it competitive with others such as Gocycle and Brompton.

These factors are helping to make them a hit amongst commuters.

As a result the company, which also makes electric scooters, says it has seen demand surge since the coronavirus lockdown, with year-on-year sales up fivefold. Unusually, the company says it has been profitable since it started, but this latest funding will be used to invest in R&D to create its next line of products.

CEO and co-founder Eliott Wertheimer said in a statement: “We’re currently experiencing a once-in-a-century shift in transport, thanks to increasing awareness of the impact we are having on our environment along with a renewed desire to make healthier personal choices. Electric bikes and electric scooters are crucial to solving the mobility issues we see today, of congestion and pollution.”

Wertheimer added that part of the bike manufacturing is likely to be brought to Portugal in order to fulfill demand.

TSP Ventures CEO Chris Smith, commented: “The e-bike market has exploded in recent years with sales set to reach €10 billion by 2025 and FuroSystems is at the intersection of this burgeoning industry.”

The startup has also designed and manufactured the Fuze, a high-end e-scooter with over 800W of available peak power; double front and rear suspension; dual mechanical disc brakes; remote key lock and alarm system; reinforced inflatable pneumatic 10” wheels. The power and top speed is able to be adjusted to comply with local regulations.

Upcoming will be the Aventa, an e-bike with aerospace-grade alloys; a boost system; hydraulic disk brakes; nine gears; high-performance clutch; integrated 504Wh battery; and the weight below 17 kg. Prices for the Aventa will start at £1,399 and it will be available to pre-order from FuroSystems.com at the end of the month.

Founders Albert Nassar and Eliott Wertheimer met whilst studying mechanical and aerospace engineering, respectively, at the University of Bristol. Nassar went on to work with the autonomous drone inspection team at the Bristol Robotics Laboratory, which later spun-out as Perceptual Robotics, whilst Wertheimer developed small nuclear batteries for tiny satellites in partnership with the European Space Agency and different U.K. universities. The pair reunited at Imperial College’s Business School in 2015, and created FuroSystems in 2017.