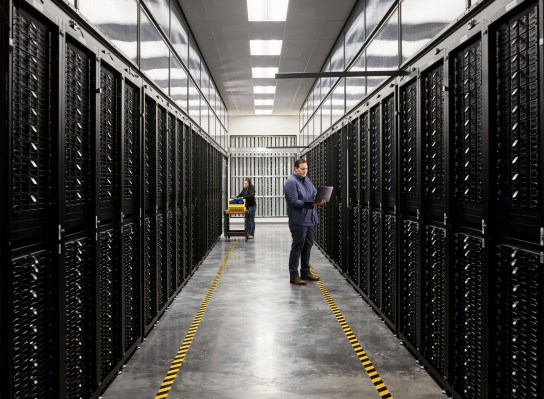 Apple this morning announced plans to make its entire business carbon neutral within the next 10 years. The news follows the company’s push toward a fully carbon neutral corporate structure, adding its manufacturing supply chain and resulting products into the mix.

The roadmap to sustainability as released today, as part of the company’s annual Environmental Progress Report. Reducing every device it sells to zero climate impact means a couple of things. The primary concern is finding ways to reduce emissions from productions by 75%. The remainder will be focused on efforts to help remove carbon from the atmosphere.

The company has already begun pushing to make a larger percentage of its products from recycled materials, thanks in part to its own in house robots Dave and Daisy (serious 2001 vibes), which recover key rare earth magnets and tungsten, along with some steel recovery. The company also runs its own Material Recovery Lab in Austin, with help from engineers at Carnegie Mellon.

Apple says it’s working with more than 70 energy suppliers to go 100% renewable for its production centers, partnership it believes will reduce roughly the same amount of carbon emissions annually as three million cars. The company is also working to launch one of the world’s biggest solar arrays in Europe. As far as the remaining 25% of carbon reduction, there are number of initiatives outlined in the report, including efforts to resort forests in Africa and South America.

There are also plans to launch an “Impact Accelerator,” aimed at investing in minority-owned businesses launched as part of the company’s Racial Equity and Justice Initiative. As for how that relates to the topic of sustainability, VP Lisa Jackson says in a press release, “Systemic racism and climate change are not separate issues, and they will not abide separate solutions. We have a generational opportunity to help build a greener and more just economy, one where we develop whole new industries in the pursuit of giving the next generation a planet worth calling home.”

Apple has generally received high marks from Greenpeace in recent years, for its aggressive efforts to limit the impact of its massive global operations.