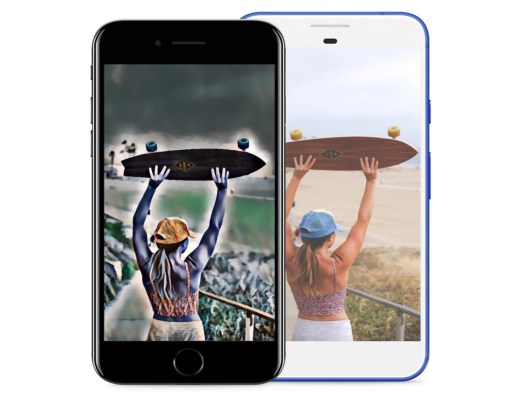 Apple is well known for picking up smaller startups on the hush-hush to augment its business, and today news leaked out about the latest of these… nearly two years after the fact. Sometime between 2018 and 2019, the iPhone giant reportedly acquired and shut down Camerai, an augmented reality and computer vision company based out of Israel, which used to be called Tipit.

The news was first reported earlier today by Israeli newspaper Calcalist, and we have reached out to ask Apple directly about it. In the meantime, Jonathan (Yehonatan) Rimon, who had been Camerai’s CEO and co-founded the company with Moty Kosharovsky, Erez Tal, and Aaron Wetzler, declined to comment one way or the other on the report to us when we contacted him directly about it. A separate source confirmed the story to us. We’ll update as we learn more.

Calcalist said that the startup sold for several tens of millions of dollars. From being founded in 2015, Camerai had raised around $5 million — including a $2.5 million round in 2017 and another unreported $2.5 million in 2018 — with investors including the Atooro Fund and another called the SKO Fund.

It seems that the acquisition came on the heels of multiple approaches from a number of companies at a time when AR was arguably at a peak of hype and many big tech companies wanted a piece of the action. (Recall that 2018 was the year when Magic Leap raised nearly $1 billion in a single round of funding.) Back in 2018, we heard rumors that those approaching and looking at the startup included Apple, Samsung, and Alibaba.

The Calcalist report said that Camerai employees joined Apple’s computer vision team, and that the company’s technology has been incorporated into Apple products already. It’s not clear specifically where and when, but recall that both iOS 13 and iOS 14 have featured big software updates to the camera.

Camerai had built an SDK and specifically a range of software-based AR tools to help edit and use camera-made images in more sophisticated ways,

Its tech included the ability to detect different objects in the picture, and outline them with precision to alter them cosmetically; the ability to outline and apply filters across the whole image; a “skeleton tracking” neural network API that could detect and draw body joints in real time overlaid on a picture of a human; and its own version of selective focus for enhanced portrait modes (remember this was 2018 and this was not standard on phones at the time). Camerai’s site is shut down, but here are some screenshots of how it all looked, pulled from the Internet Archive:

Camerai’s acquisition underscores a couple of interesting, and ongoing, trends.

The first of these is in the development of smartphone technology, particularly around cameras. Some of the more interesting innovations in smartphone camera technology have come not out of improvements in hardware, but software, where the application of breakthroughs in artificial intelligence can mean that an existing combination of sensor, lens, and on-phone and cloud processors produce a better and more technically dynamic picture than before.

At a time when smartphone replacement cycles have really slowed down and we are seeing also slower innovation on hardware, bolting on talent and tech created outside the phone companies is one way to gain a competitive edge.

(Separately, I wonder if making cutting edge technology software-based also means that there could be scope in the future for paid updates to older phone models, which could mean more incremental revenues from consumers that don’t want to invest incompletely new devices.)

The second trend that this deal underscores is how Israel remains fertile ground for bigger companies on the hunt to pick up and bolt on technology, and that the secretive approach is likely to remain for some time to come.

“In Israel there are over 350 global corporate companies, from 30 countries, who search for local innovation. Some of them like Apple, MS, Google, even have local R&D [operations],” said Avihai Michaeli, a Tel Aviv-based senior investment banker and startup advisor. “Those global companies look mainly for tech which could serve as its competitive edge. It is not the first time that an acquired startup is asked not to publish it was acquired, nor talk about it.”

Other acquisitions that Apple has made in Israel have included camera module maker LinX, semiconductor startup Anobit, and 3D sensor company PrimeSense.