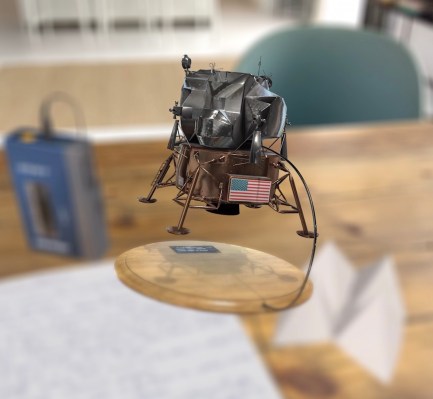 “For All Mankind: Time Capsule” is a new augmented reality app created by Apple to promote the upcoming second season of “For All Mankind,” which premieres on February 19 on Apple TV+.

Even for those of you who aren’t fans of the the show — which tells the story of an alternate history in which the Soviet Union beat the United States to the moon leading to an extended space race in the ’70s and beyond — the app is still noteworthy as another sign of Apple’s interest in AR, even beyond the reports that it’s working on AR glasses.

“Time Capsule” takes place during the decade-long gap between seasons one and two, tracing the relationship between Danny Stevens and his parents, the astronauts Gordo and Tracy Stevens. Users who download the free iOS app will be able to interact with a variety of objects — such as a mixtape and an Apple II computer — that illustrate the family relationship.

“Time Capsule” walks users through a linear experience with between 45 and 60 minutes of content, but it sounds like it’s also designed to support further exploration and additional visits. You’ll be able to check “D-mail” and play a text adventure game on the computer, and if you’ve got an Apple device with a LiDAR scanner (such as an iPhone 12 Pro, iPhone 12 Pro Max or iPad Pro) you can use a virtual slide projector to project Danny’s family photos onto your own walls. 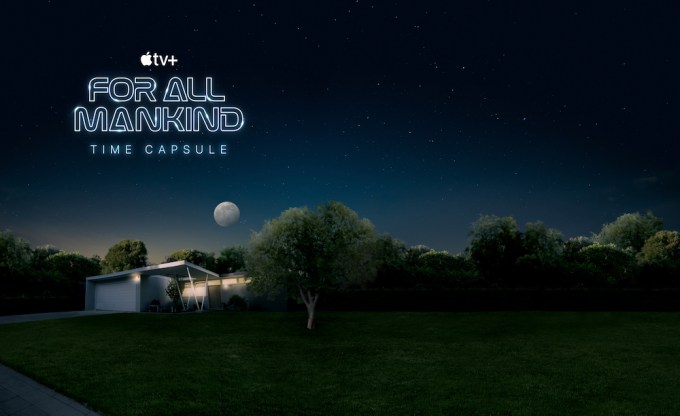 “For All Mankind” producer Ben McGinnis said the app was created in parallel with the show’s second season, with the creative team working with Apple to figure out “which objects were best for getting the story across,” and offering feedback as the actual AR objects were developed.

Creator and executive producer Ron Moore added that he’s excited about the possibility of giving fans new ways to explore the show’s world and characters, especially since writers on the show often create far more material than what ends up on screen.

“Part of the promise of this technology is that a fan of any show, by definition, usually wants to know more about it, more about the characters,” Moore said.

In this case, “For All Mankind”‘s team had written things like love letters and newscasts that are only seen briefly on screen. They could then be used in the app, along with additional material by Stephanie Shannon, a writer on the show. The key, Moore said, is to “play fair by the audience that just wants to show up.”

“You can certainly watch ‘For All Mankind’ on-air without the AR stuff,” he added. “But if you do the AR stuff first, it enriches your experience.”