Any San Francisco teacher who needs a second monitor can get one, via Two Screens for Teachers – TechCrunch

Any teacher in the San Francisco Unified School District who needs a second monitor can request one free of charge from Two Screens for Teachers, the nonprofit that recently extended a similar privilege to Seattle educators. If you’re a teacher in SF, you can sign up here.

Having a second monitor may sound like a power user move or luxury to some, but for teachers, whose days are essentially one giant group call, it’s a huge benefit to be able to put the call on one screen while the lesson and other tools are on another.

Two Screens for Teachers was started in September by Walk Score’s Matt Lerner and Mike Mathieu, and the first effort of simply connecting teachers in need to people who had a hundred bucks to spare quickly grew into something larger.

By tapping local businesses and VCs, they were able to secure enough money that any teacher in Seattle had a monitor available for the asking. Turns out it’s more efficient to do it that way. Lerner and his team have negotiated bulk pricing with Dell and others, which significantly lowers the necessary amounts for a given district.

San Francisco was a natural next location to try to get enough dollars together, and they’ve now collected enough for that city as well as Oakland, Redwood City and Contra Costa County. (San Jose is still a little short.)

This remarkable map, both hopeful and terrifying, shows the scale of what’s needed versus what’s been accomplished. 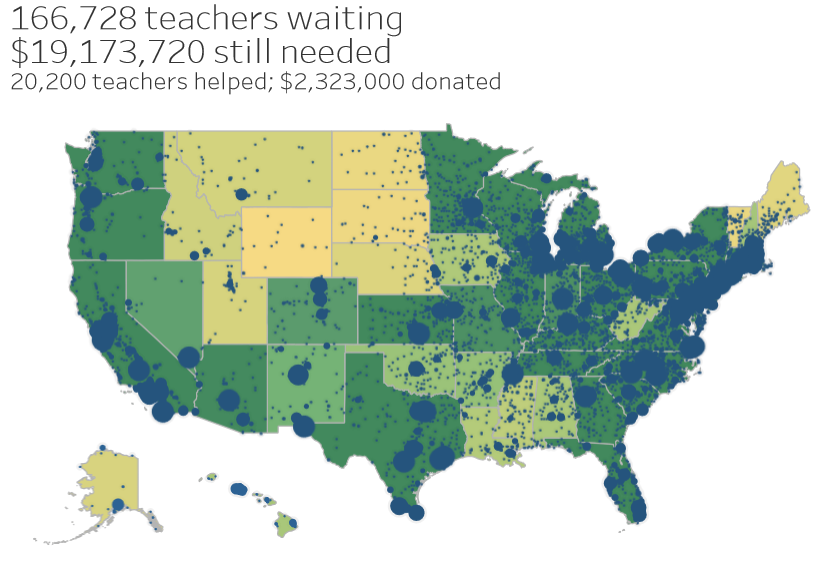 A map showing where and how many teachers need a second monitor. Image Credits: Two Screens for Teachers

Yet even though the idea of hooking up more than 150,000 teachers with monitors seems gargantuan, it must be pointed out that in the few months since its humble beginnings, Two Screens for Teachers has rustled up more than 20,000, for both big cities and tiny towns. One order of magnitude is nothing!

The final cost for equipping teachers across the country with essential equipment is about $23 million. It seems an almost ridiculously low number for a single billionaire, perhaps one of the many whose net worth has grown by 10 times that amount in the last year, to provide with a single check. Here’s something with which one could buy genuine cross-country goodwill, cheap at the price. 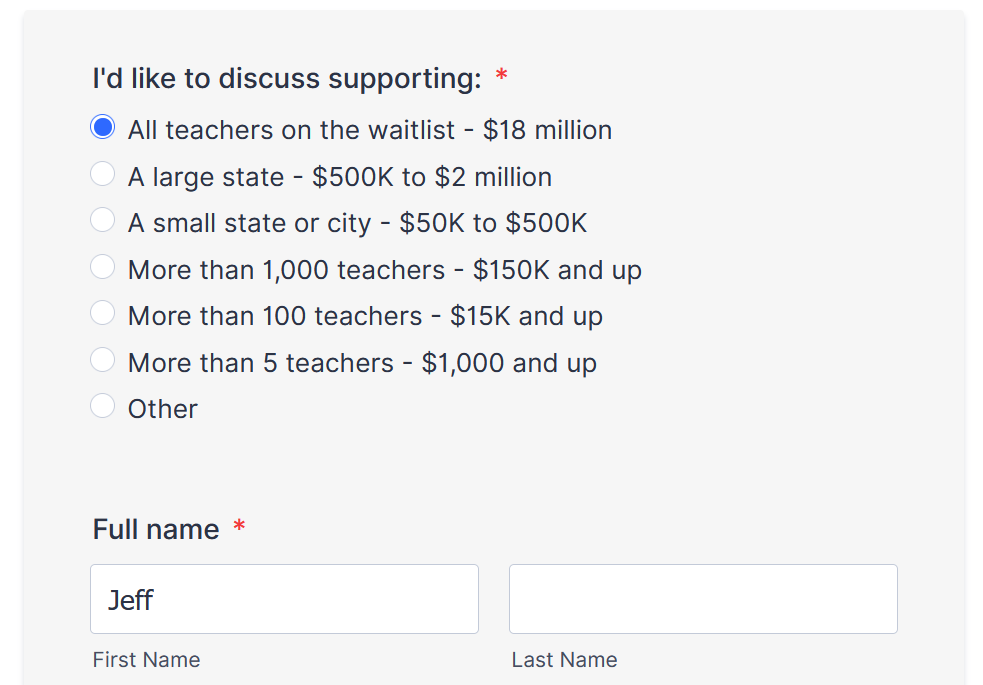 For those of you not in the three (going on four) comma club, it’s still possible to help out in a smaller way either by donating or following the instructions here to ship a monitor to a teacher in need.