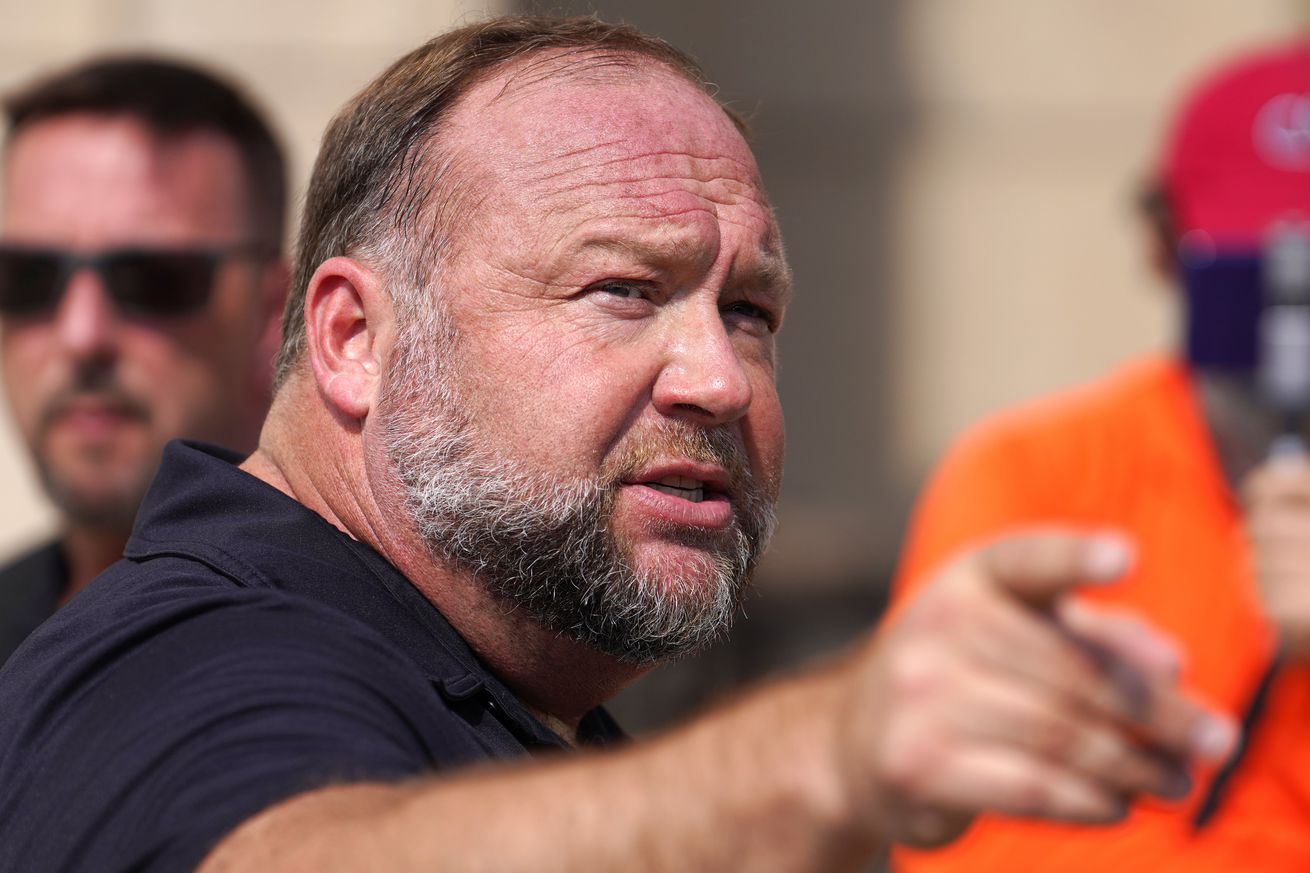 A Connecticut jury has
ordered Infowars host Alex Jones
to
pay $964.2 million for defaming the families of eight mass shooting victims and an FBI agent in his second
penalty this year. The decision came after a tumultuous trial that
saw Jones declare
he was
“done saying I’m sorry” for spreading false claims about the 2012 mass shooting at Sandy Hook Elementary
School. The damages are split between 15 plaintiffs and range between $120 million and $28.8 million apiece.

Jones was sued for defamation by a group of families who had relatives killed at Sandy Hook. As
with a previous case in Jones’ home state of Texas, Jones lost the case by default for refusing to
cooperate, so the trial determined the damages he owed. A third trial is set to begin in Texas late this
year.

During testimony, family members described enduring years of harassment after Infowars repeatedly
aired stories claiming the families were actors recruited to help fake the shooting. “It was almost like I
knew when Alex Jones said something, because we would get a huge wave of stuff,”
said
Robbie Parker
, whose daughter Emilie was killed at Sandy Hook. Jones has since said he believes the
attack was real — but, the families’ lawyers argued, only after making millions of dollars profiting from
lies about it.

Jones drew repeated condemnations from Judge Barbara Bellis during the trial, including threats
to hold him in contempt of court. Among other things, he held an unsanctioned press conference outside the
courthouse, potentially within hearing range of jurors who had been instructed not to seek information about
the case outside the courtroom. He indicated he would appeal after the verdict,

according to
Vice
reporter

Unlike an earlier case in Texas — where a jury handed down
a
$45.2 million fine
that will likely be reduced — Connecticut does not limit the damages in
defamation cases, which will create a substantial burden for Jones. Infowars parent company Free Speech
Systems filed for bankruptcy ahead of the trial, a move families say was meant to shield millions of dollars
from the court system.