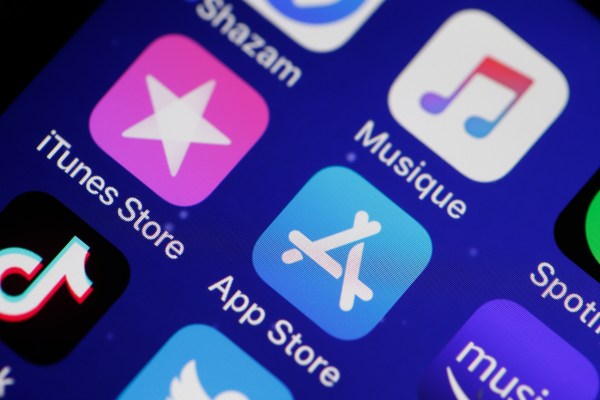 With two giants calling the shots and collecting whatever tolls they see fit, mobile software makers have long complained that app stores take an unfair cut of the cash that should be flowing directly to developers. Hearing those concerns, a group of senators introduced a new bill this week that, if passed, would greatly diminish Apple and Google’s ability to control app purchases in their operating systems and completely shake up the way that mobile software gets distributed.

The new bill, called the Open App Markets Act, would enshrine quite a few rights that could benefit app developers tired of handing 30% of their earnings to Apple and Google. The bill, embedded in full below, would require companies that control operating systems to allow third-party apps and app stores.

It would also prevent those companies from blocking developers from telling users about lower prices for their software that they might find outside of official app stores. Apple and Google would also be barred from leveraging “non-public” information collecting through their platforms to create competing apps.

The bill draws on information collected earlier this year from that subcommittee’s hearing on app stores and competition. In the hearing, lawmakers heard from Apple and Google as well as Spotify, Tile and Match Group, three companies that argued their businesses have been negatively impacted by anti-competitive app store policies.

“… We urge Congress to swiftly pass the Open App Markets Act,” Spotify Chief Legal Officer Horacio Gutierrez said of the new bill. “Absent action, we can expect Apple and others to continue changing the rules in favor of their own services, and causing further harm to consumers, developers and the digital economy.”

The Coalition for App Fairness, a developer advocacy group, praised the bill for its potential to spur innovation in digital markets. “The bipartisan Open App Markets Act is a step towards holding big tech companies accountable for practices that stifle competition for developers in the U.S. and around the world,” CAF executive director Meghan DiMuzio said.

Hoping to head off future regulatory headaches, Apple dropped its own fees for companies that generate less than $1 million in App Store revenue from 30% to 15% last year. Google followed suit with its own gesture, dropping fees to 15% for the first $1 million in revenue a developer earns through the Play Store in a year. Some developers critical of the companies’ practices saw those changes as little more than a publicity stunt.

Developers have long complained about the high tolls they pay to distribute their software through the world’s two major mobile operating systems. That fight escalated over the last year when Epic Games circumvented Apple’s payments rules by allowing Fortnite players to pay Epic directly, setting off a legal fight that has huge implications for the mobile software world. Following a May trial, the verdict is expected later this year.

“This will make it easier for developers of all sizes to challenge these harmful practices and seek relief from retaliation, be it during litigation or simply because they dared speak up,” Epic Games VP of Public Policy Corie Wright said of the new bill.

Unlike Apple, Google does allow apps to be “sideloaded,” installed onto devices outside of the Google Play Store. But documents unsealed in Epic’s parallel case against Google revealed that the Play Store’s creator knows the sideloading process is a terrible experience for users — something the company brings up when pressuring developers to stick with its official app marketplace.

The counterargument here is that official app stores make apps safer and smoother for consumers. While Apple and Google extract heavy fees for selling mobile software through the App Store and the Google Play Store, the companies both argue that streamlining apps through those official channels protects people from malware and allows for prompt software updates to patch security concerns that could jeopardize user privacy.

“At Apple, our focus is on maintaining an App Store where people can have confidence that every app must meet our rigorous guidelines and their privacy and security is protected,” an Apple spokesperson told TechCrunch.

Adam Kovacevich, a former Google policy executive who leads the new tech-backed industry group Chamber of Progress, called the new bill “a finger in the eye” for Android and iPhone owners.

“I don’t see any consumers marching in Washington demanding that Congress make their smartphones dumber,” Kovacevich said. “And Congress has better things to do than intervene in a multi-million-dollar dispute between businesses.”

At least in Google’s case, the counterargument has its own counterargument. Android has long been notorious for malware, but apparently most of that malicious software isn’t making its way onto devices through sideloading — it’s walking through the Google Play Store’s front door.