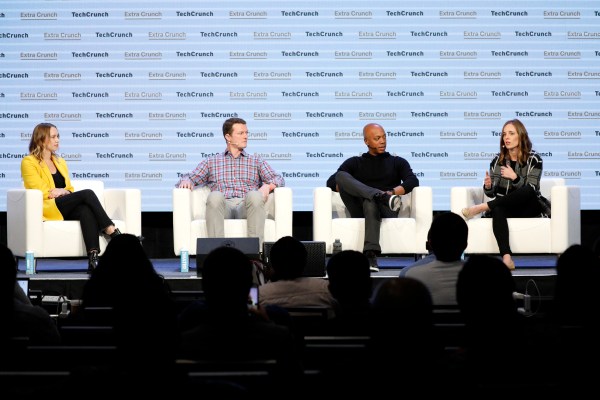 If you’re an avid TechCrunch reader, someone who loves to absorb endless startup profiles and pore through fundraising stories, you might think raising venture capital is easy. In reality, it’s very, very difficult and not the best source of capital for most businesses.

For startups hoping to scale far and wide as fast as possible, VC may be the right fit. To shed light on the process of raising equity capital from venture capital firms and provide some exclusive tips and tricks for Extra Crunch subscribers, we sat down with three experts on the subject. Below are the top pieces of advice from Charles Hudson, founder and managing partner of Precursor Ventures, Redpoint Ventures general partner Annie Kadavy, and DocSend founder Russ Heddleston. The following has been lightly edited for length and clarity.

1. First, make sure your company is fit to raise venture capital.

Charles Hudson: I think venture capital, it’s really a specialty type of capital. It’s really for companies that have the aspiration to grow really quickly, to build really large businesses … If you’re not a company that needs to grow quickly, venture capital might not be the right source of capital for you. There has to be a really big prize at the end of the journey.

Russ Heddleston: If you’re thinking about whether or not to raise, there are a couple of reasons that I will often advise people to raise early. One is if they’re really stressing about buying a whiteboard for their office, or like some something of relatively small cost. If you think it could be a big company, and you’re stressing about small things, raise money and buy the whiteboard, hire the additional person and get back to what you should be doing, which is running your business and growing it quickly.

The other thing is if you ask the question, ‘is there a competitor I don’t know about?’ If you heard tomorrow, that competitor just raised $2 million, or $5 million or $10 million, how nervous would that make you? For some businesses, you’re like, I don’t really care, it’s a services industry, it’s not a winner take all market. And other times, you’re like, oh, I’d be really nervous. So if either those apply, that’s a good reason to make a compelling case to someone like Charles.

The number one thing you can do to get a VC’s attention is make [your pitch] really simple. Precursor Ventures’ Charles Hudson

Annie Kadavy: I’d be hard-pressed to think of an example where a founder is not paying themselves, the question, though, is how much? You’re paying yourself enough so that the basic costs of life and running your business are not giving you anxiety, because as an early stage investor one of our primary roles is to try and keep the baseline stress as low as it can be, because it’s really hard to go build a company.

If a founder is coming in at the Series A and they say I’m going to go pay myself $300,000, we might be like, well, that doesn’t really feel right, shouldn’t you want to put some of that money into the company? The ranges I’ve seen are anything from $60,000 up to probably $120,000 at the Series A, or maybe $150,000. Then, as the company grows and as the balance sheet grows and it’s de-risked, your salary as an executive at the company will scale with that.