44.01 secures $5M to turn billions of tons of carbon dioxide to stone – TechCrunch 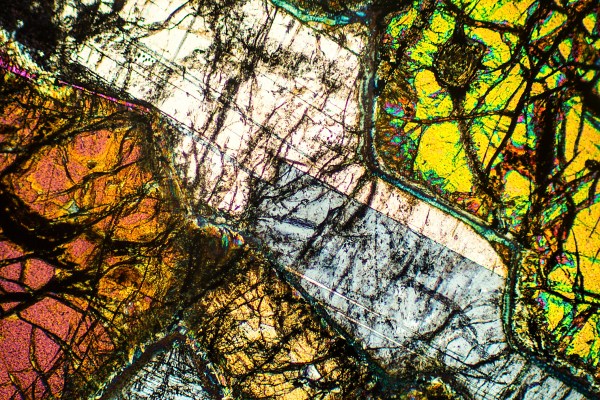 Reducing global greenhouse gas emissions is an important goal, but another challenge awaits: lowering the levels of CO2 and other substances already in the atmosphere. One promising approach turns the gas into an ordinary mineral through entirely natural processes; 44.01 hopes to perform this process at scale using vast deposits of precursor materials and a $5M seed round to get the ball rolling.

The process of mineralizing CO2 is well known among geologists and climate scientists. A naturally occurring stone called peridotite reacts with the gas and water to produce calcite, another common and harmless mineral. In fact this has occurred at enormous scales throughout history, as witnessed by large streaks of calcite piercing peridotite deposits.

Peridotite is normally found miles below sea level, but on the easternmost tip of the Arabian peninsula, specifically the northern coast of Oman, tectonic action has raised hundreds of square miles of the stuff to the surface.

Talal Hasan was working in Oman’s sovereign investment arm when he read bout the country’s coast having the largest “dead zone” in the world, a major contributor to which was CO2 emissions being absorbed by the sea and gathering there. Hasan, born into a family of environmentalists, looked into it and found that, amazingly, the problem and the solution were literally right next to each other: the country’s mountains of peridotite, which theoretically could hold billions of tons of CO2.

Around that time, in fact, the New York Times ran a photo essay about Oman’s potential miracle mineral, highlighting the research of Peter Kelemen and Jeurg Matter into its potential. As the Times’ Henry Fountain wrote at the time:

If this natural process, called carbon mineralization, could be harnessed, accelerated and applied inexpensively on a huge scale — admittedly some very big “ifs” — it could help fight climate change.

That’s broadly speaking the plan proposed by Hasan and, actually, both Kelemen and Matter, who make up the startup’s “scientific committee.” 44.01 (the molecular weight of carbon dioxide, if you were wondering) aims to accomplish mineralization economically and safely with a few novel ideas.

First is the basic process of accelerating the natural reaction of the materials. It normally occurs over years as CO2 and water vapor interact with the rock — no energy needs to be applied to make the change, since the reaction actually results in a lower energy state.

“We’re speeding it up by injecting a higher CO2 content than you would get in the atmosphere,” said Hasan. “We have to drill an engineered borehole that’s targeted for mineralization and injection.”

The holes would maximize surface area, and highly carbonated water would be pumped in cyclically until the drilled peridotite is saturated. Importantly, there’s no catalyst or toxic additive, it’s just fizzy water, and if some were to leak or escape, it’s just a puff of CO2, like what you get when you open a bottle of soda.

Second is achieving this without negating the entire endeavor by having giant trucks and heavy machinery pumping out new CO2 as fast as they can pump in the old stuff. To that end Hasan said the company is working hard at the logistics side to create a biodiesel-based supply line (with Wakud) to truck in the raw material and power the machines at night, while solar would offset that fuel cost at night.

It sounds like a lot to build up, but Hasan points out that a lot of this is already done by the oil industry, which as you might guess is fairly ubiquitous in the region. “It’s similar to how they drill and explore, so there’s a lot of existing infrastructure for this,” he said, “but rather than pulling the hydrocarbon out, we’re pumping it back in.” Other mineralization efforts have broken ground on the concept, so to speak, such as a basalt-injection scheme up in Iceland, so it isn’t without precedent.

Third is sourcing the CO2 itself. The atmosphere is full of it, sure, but it’s not trivial to capture and compress enough to mineralize at industrial scales. So 44.01 is partnering with Climeworks and other carbon capture companies to provide an end point for their CO2 sequestration efforts.

Plenty of companies are working on direct capture of emissions, be they at the point of emission or elsewhere, but once they have a couple million tons of CO2, it’s not obvious what to do next. “We want to facilitate carbon capture companies, so we’re building the CO2 sinks here and operating a plug and play model. They come to our site, plug in, and using power on site, we can start taking it,” said Hasan.

How it would be paid for is a bit of an open question in the exact particulars, but what’s clear is a global corporate appetite for carbon offsetting. There’s a large voluntary market for carbon credits beyond the traditional and rather outdated carbon credits. 44.01 can sell large quantities of verified carbon removal, which is a step up from temporary sequestration or capture — though the financial instruments to do so are still being worked out. (DroneSeed is another company offering a service beyond offsets that hopes to take advantage of a new generation of emissions futures and other systems. It’s an evolving and highly complex overlapping area of international regulations, taxes, and corporate policy.)

For now, however, the goal is simply to prove that the system works as expected at the scales hoped for. The seed money is nowhere near what would be needed to build the operation necessary, just a step in that direction to get the permits, studies, and equipment necessary to properly perform demonstrations.

“We tried to get like minded investors on board, people genuinely doing this for climate change,” said Hasan. “It makes things a lot easier on us when we’re measured on impact rather than financials.” (No doubt all startups hope for such understanding backers.)

Apollo Projects, a early stage investment fund from Max and Sam Altman, led the round, and Breakthrough Energy Ventures participated. (Not listed in the press release but important to note, Hasan said, were small investments from families in Oman and environmental organizations in Europe.)

Oman may be the starting point, but Hasan hinted that another location would host the first commercial operations. While he declined to be specific, one glance at a map shows that the peridotite deposits spill over the northern border of Oman and into the eastern tip of the UAE, which no doubt is also interested in this budding industry and, of course, has more than enough money to finance it. We’ll know more once 44.01 completes its pilot work.