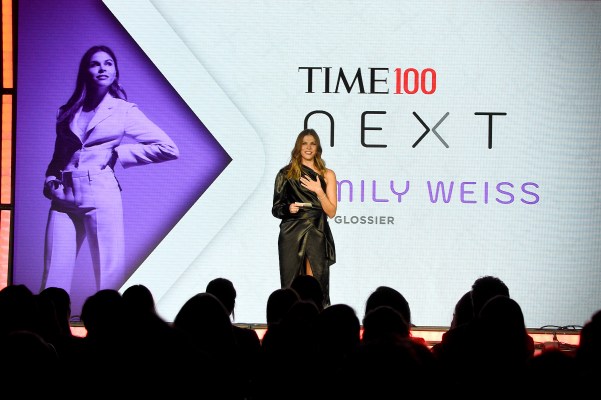 Venture capital investment in all-female founding teams hit $3.3 billion in 2019, representing 2.8% of capital invested across the entire U.S. startup ecosystem this year, according to the latest data collected by PitchBook.

While that number may seem insubstantial, it’s a step up from last year’s total. In 2018, venture capitalists struck 580 deals worth $3 billion — up from just $2.1 billion in 2017 — for all-female teams, or only 2.2% of all U.S. deal activity. So far, female-founded and mixed-gender teams have raised a total of $17.2 billion, with roughly three weeks remaining in 2019. That’s 11.5% of all venture capital investment, an increase from 10.6% last year, when those groups attracted $17 billion across some 2,000 deals.

Crunchbase, another organization focused on tracking and analyzing fundraising data, reported in October that $20 billion in global capital was invested in female-founded and female co-founded startups so far this year. Three percent of global venture dollar volume was funneled toward female teams, Crunchbase said, and 10% toward teams of women and men.

Despite efforts from female founders, venture capitalists and diversity advocates in Silicon Valley and beyond, female entrepreneurs continue to struggle to raise as much capital as their male counterparts. The lack of equity in VC is in part caused by the lack of women on the other side of the table; venture capital funds still employ very few women.

Although dozens of firms have made concerted efforts to diversify their ranks, fewer than 10% of decision-makers at U.S. VC firms are women, according to a 2019 Axios analysis, which determined just 105 investors out of 1,088 were female. While the study noted an increase from the previous year’s 8.93% and 2017’s 7%, it proved venture capital is still very much a male-dominated industry.

Carta, a venture-backed company that provides startups tools to manage their equity, released its second annual gender equity gap study last month, noting that male founders and employees still receive significantly more equity wealth than women. Men have 64% of all startup equity, according to Carta’s findings, and represent 80% of cap table millionaires. Carta used data from 320,000 employees, some 10,000 companies and 25,000 founders to determine these results, which paint a disappointing picture for women at startups.

Another venture-backed company, Tide, conducted its own study around female founders this year. The study focused on entrepreneurs in the U.K. and U.S., which both struggle with diversity in entrepreneurship. Tide determined that of the 403 degrees obtained from universities in the U.K. by female founders, roughly a quarter were from the University of Cambridge and the University of Oxford, the country’s top schools. Of the American entrepreneurs included in the study, most went to Stanford University, MIT or Harvard University. The conclusion? Of the female founders who ultimately succeed in raising funding from private investors, most are graduates of elite universities, suggesting a certain socio-economic status. Of course, accessing capital is even more difficult for entrepreneurs who do not attend top universities and who therefore struggle to gain access to investor-friendly networks.

The diversity issue in VC expands beyond women. While several funds have cropped up with a mission to back female founders exclusively, including Female Founders Fund, BBG Ventures, Halogen Ventures, Jane VC, Cleo Capital, accelerator program Ready Set Raise or XFactor Ventures, minority entrepreneurs, including men of color, struggle to secure financing. And while companies like PitchBook and Crunchbase track gender, they do not track race, making it difficult to understand the size and scale of the race funding gap.

On a mission to close that gap, firms like Harlem Capital invest in minority entrepreneurs and organizations like BLCK VC seek to provide community for black venture investors. The New York-based team behind Harlem Capital announced a $40 million debut fundraise last month, one of the largest-ever pools of capital for a fund with a diversity mandate. Harlem, similar to BLCK VC, hopes to attract more minorities to venture capital, where the vast majority of deal makers are white or Asian men.

Other efforts focused on women in VC and technology include All Raise, which hired its first chief executive officer in Pam Kostka earlier this year. 2019 has been a banner year for the nonprofit organization focused on increasing representation across the entire tech ecosystem. Not only did it bring its first official leader and several employees, it announced new chapters in Los Angeles and Boston, launched a program called VC Cohorts and hosted its annual conference, several in-person and virtual fundraising workshops and networking sessions.

“Women are hungry for the support and guidance we provide,” All Raise’s Kostka told TechCrunch in October. “I think the movement is just gathering momentum.”

Large and growing “unicorn” startups founded by women have also helped move the needle this year, proving companies led by women can gain support from Silicon Valley’s elite. PitchBook notes Glossier and Rent the Runway, two companies founded and led by women, as examples of new entrants to the unicorn club (companies with valuations of $1 billion or larger).

Glossier landed a $100 million Series D led by Sequoia Capital, with participation from Tiger Global and Spark Capital in March. The round valued Emily Weiss’ business at a whopping $1.2 billion. News of Rent the Runway’s $125 million round led by Franklin Templeton Investments and Bain Capital Ventures came just a couple of days later. The deal valued the clothing rental company at $1 billion.