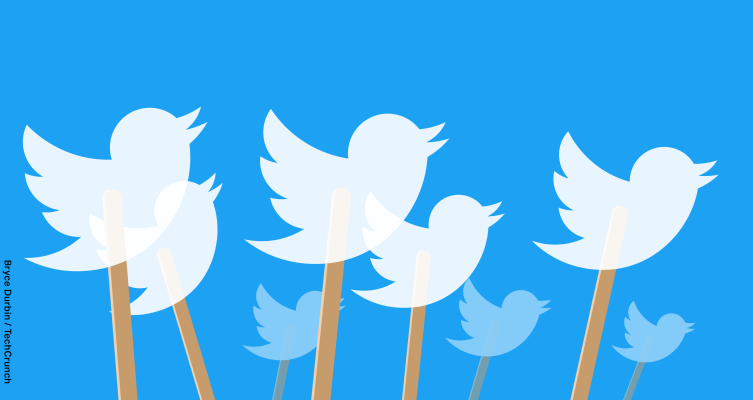 This week, Twitter CEO Jack Dorsey finally responded publicly to the company’s decision to ban President Trump from its platform, writing that Twitter had “faced an extraordinary and untenable circumstance” and that he did not “feel pride” about the decision. In the same thread, he took time to call out a nascent Twitter-sponsored initiative called “bluesky,” which is aiming to build up an “open decentralized standard for social media” that Twitter is just one part of.

Researchers involved with bluesky reveal to TechCrunch an initiative still in its earliest stages that could fundamentally shift the power dynamics of the social web.

Bluesky is aiming to build a “durable” web standard that will ultimately ensure that platforms like Twitter have less centralized responsibility in deciding which users and communities have a voice on the internet. While this could protect speech from marginalized groups, it may also upend modern moderation techniques and efforts to prevent online radicalization. 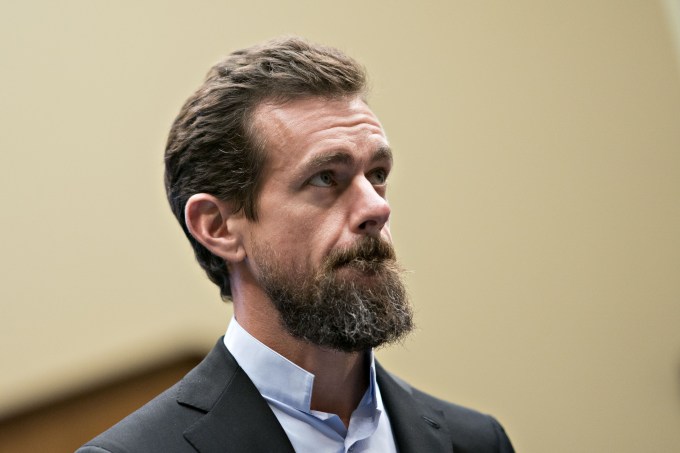 Jack Dorsey, co-founder and chief executive officer of Twitter Inc., arrives after a break during a House Energy and Commerce Committee hearing in Washington, D.C., U.S., on Wednesday, Sept. 5, 2018. Republicans pressed Dorsey for what they said may be the “shadow-banning” of conservatives during the hearing. Photographer: Andrew Harrer/Bloomberg via Getty Images

Just as Bitcoin lacks a central bank to control it, a decentralized social network protocol operates without central governance, meaning Twitter would only control its own app built on bluesky, not other applications on the protocol. The open and independent system would allow applications to see, search and interact with content across the entire standard. Twitter hopes that the project can go far beyond what the existing Twitter API offers, enabling developers to create applications with different interfaces or methods of algorithmic curation, potentially paying entities across the protocol like Twitter for plug-and-play access to different moderation tools or identity networks.

A widely adopted, decentralized protocol is an opportunity for social networks to “pass the buck” on moderation responsibilities to a broader network, one person involved with the early stages of bluesky suggests, allowing individual applications on the protocol to decide which accounts and networks its users are blocked from accessing.

Social platforms like Parler or Gab could theoretically rebuild their networks on bluesky, benefitting from its stability and the network effects of an open protocol. Researchers involved are also clear that such a system would also provide a meaningful measure against government censorship and protect the speech of marginalized groups across the globe.

Bluesky’s current scope is firmly in the research phase, people involved tell TechCrunch, with about 40-50 active members from different factions of the decentralized tech community surveying the software landscape and putting together proposals for what the protocol should ultimately look like. Twitter has told early members that it hopes to hire a project manager in the coming weeks to build out an independent team that will start crafting the protocol itself.

Bluesky’s initial members were invited by Twitter CTO Parag Agrawal early last year. It was later determined that the group should open the conversation up to folks representing some of the more recognizable decentralized network projects, including Mastodon and ActivityPub, which joined the working group hosted on the secure chat platform Element.

“If [Twitter] wanted to design this thing, they could have just assigned a group of guys to do it, but there’s only one thing that this little tiny group of people could do better than Twitter, and that’s not be Twitter,” said Golda Velez, another member of the group who works as a senior software engineer at Postmates and co-founded civ.works, a privacy-centric social network for civic engagement.

The group has had some back and forth with Twitter executives on the scope of the project, eventually forming a Twitter-approved list of goals for the initiative. They define the challenges that the bluesky protocol should seek to address while also laying out what responsibilities are best left to the application creators building on the standard. 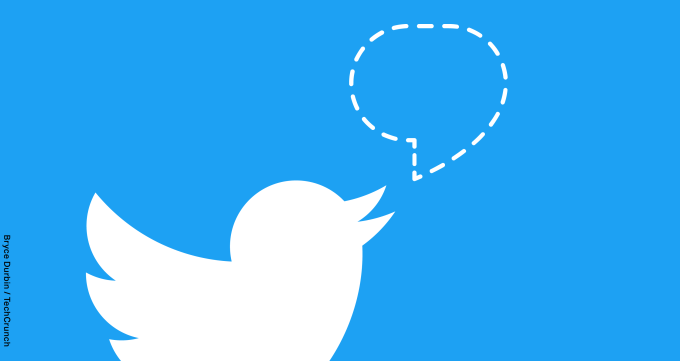 The pain points enumerated in the document, viewed by TechCrunch, encapsulate some of Twitter’s biggest shortcomings. They include “how to keep controversy and outrage from hijacking virality mechanisms,” as well as a desire to develop “customizable mechanisms” for moderation, though the document notes that the applications, not the overall protocol, are “ultimately liable for compliance, censorship, takedowns etc.”

“I think the solution to the problem of algorithms isn’t getting rid of algorithms — because sorting posts chronologically is an algorithm — the solution is to make it an open pluggable system by which you can go in and try different algorithms and see which one suits you or use the one that your friends like,” says Evan Henshaw-Plath, another member of the working group. He was one of Twitter’s earliest employees and has been building out his own decentralized social platform called Planetary.

His platform is based on the secure scuttlebutt protocol, which allows users to browse networks offline in an encrypted fashion. Early on, Planetary had been in talks with Twitter for a corporate investment as well as a personal investment from CEO Jack Dorsey, Henshaw-Plath says, but the competitive nature of the platform prompted some concern among Twitter’s lawyers and Planetary ended up receiving an investment from Twitter co-founder Biz Stone’s venture fund Future Positive. Stone did not respond to interview requests.

After agreeing on goals, Twitter had initially hoped for the broader team to arrive at some shared consensus, but starkly different viewpoints within the group prompted Twitter to accept individual proposals from members. Some pushed Twitter to outright adopt or evolve an existing standard while others pushed for bluesky to pursue interoperability of standards early on and see what users naturally flock to.

One of the developers in the group hoping to bring bluesky onto their standard was Mastodon creator Eugen Rochko, who tells TechCrunch he sees the need for a major shift in how social media platforms operate globally.

“Banning Trump was the right decision though it came a little bit too late. But at the same time, the nuance of the situation is that maybe it shouldn’t be a single American company that decides these things,” Rochko tells us.

Like several of the other members in the group, Rochko has been skeptical at times about Twitter’s motivation with the bluesky protocol. Shortly after Dorsey’s initial announcement in 2019, Mastodon’s official Twitter account tweeted out a biting critique, writing, “This is not an announcement of reinventing the wheel. This is announcing the building of a protocol that Twitter gets to control, like Google controls Android.”

Today, Mastodon is arguably one of the most mature decentralized social platforms. Rochko claims that the network of decentralized nodes has more than 2.3 million users spread across thousands of servers. In early 2017, the platform had its viral moment on Twitter, prompting an influx of “hundreds of thousands” of new users alongside some inquisitive potential investors whom Rochko has rebuffed in favor of a donation-based model. 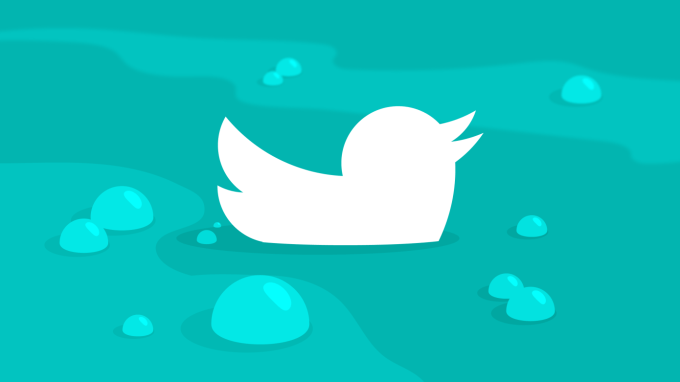 Not all of the attention Rochko has garnered has been welcome. In 2019, Gab, a social network favored by right-wing extremists, brought its entire platform onto the Mastodon network after integrating the platform’s open-source code, bringing Mastodon its single biggest web of users and its most undesirable liability all at once.

Rochko quickly disavowed the network and aimed to sever its ties to other nodes on the Mastodon platform and convince application creators to do the same. But a central fear of decentralization advocates was quickly realized, as the platform type’s first “success story” was a home for right-wing extremists.

This fear has been echoed in decentralized communities this week as app store owners and networks have taken another right-wing social network, Parler, off the web after violent content surfaced on the site in the lead-up to and aftermath of riots at the U.S. Capitol, leaving some developers fearful that the social network may set up home on their decentralized standard.

“Fascists are 100% going to use peer-to-peer technologies, they already are and they’re going to start using it more… If they get pushed off of mainstream infrastructure or people are surveilling them really closely, they’re going to have added motivation,” said Emmi Bevensee, a researcher studying extremist presences on decentralized networks. “Maybe the far-right gets stronger footholds on peer-to-peer before the people who think the far-right is bad do because they were effectively pushed off.”

A central concern is that commoditizing decentralized platforms through efforts like bluesky will provide a more accessible route for extremists kicked off current platforms to maintain an audience and provide casual internet users a less janky path towards radicalization.

“Peer-to-peer technology is generally not that seamless right now. Some of it is; you can buy Bitcoin in Cash App now, which, if anything, is proof that this technology is going to become much more mainstream and adoption is going to become much more seamless,” Bevensee told TechCrunch. “In the current era of this mass exodus from Parler, they’re obviously going to lose a huge amount of audience that isn’t dedicated enough to get on IPFS. Scuttlebutt is a really cool technology but it’s not as seamless as Twitter.”

Extremists adopting technologies that promote privacy and strong encryption is far from a new phenomenon, encrypted chat apps like Signal and Telegram have been at the center of such controversies in recent years. Bevensee notes the tendency of right-wing extremist networks to adopt decentralized network tech has been “extremely demoralizing” to those early developer communities — though she notes that the same technologies can and do benefit “marginalized people all around the world.”

Though people connected to bluesky’s early moves see a long road ahead for the protocol’s development and adoption, they also see an evolving landscape with Parler and President Trump’s recent deplatforming that they hope will drive other stakeholders to eventually commit to integrating with the standard.

“Right at this moment I think that there’s going to be a lot of incentive to adopt, and I don’t just mean by end users, I mean by platforms, because Twitter is not the only one having these really thorny moderation problems,” Velez says. “I think people understand that this is a critical moment.”