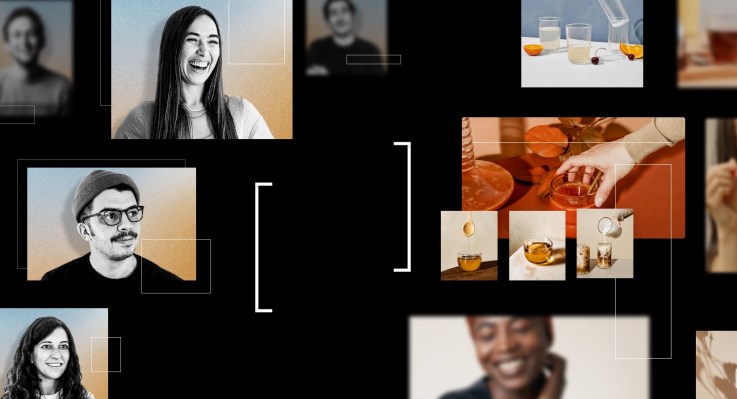 Storetasker is an online marketplace focused on connecting Shopify merchants with developers and other experts who can help grow their business.

The product is now owned by the startup previously known as Lorem. Co-founder and COO Charlie Fogarty explained that while Lorem originally had a broader mission of connecting small businesses and developers, “We realized that Shopify and e-commerce was by far our best customer segment … so we basically acquired our main competitor, Storetasker, and merged the two business” under the Storetasker name.

The acquisition (which included the Storetasker product and expert network, but not the team) actually took place last year, and Fogarty said, “We’ve spent the last 10 months basically rebuilding the product from the ground up. We’ve taken years of learning and combined it into a rebrand, a new product and a new end-to-end customer experience.”

The core proposition is still the same, however. A Shopify merchant should be able to visit Storetasker, describe their project in simple terms and then within a few hours, Storetasker will match them up with one of the experts in the network, who they can work with directly. 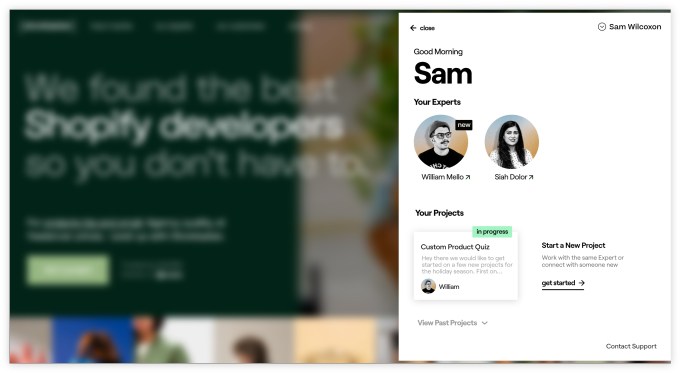 You could use a general marketplace like Upwork or Fiverr to find a freelance developer, but where Storetasker has conducted more than 5,000 interviews to vet its talent and picks the right expert for each customer, Fogarty said that on other platforms, “You have to sift through unvetted talent … The hiring burden is placed on the brand.”

Plus, he noted that brands can use Storetasker for more than development help — they also use it to find experts on conversion and “all the different aspects of e-commerce.”

In addition to the new product, Storetasker is also announcing that it raised $3.2 million in Series A funding last year from Flybridge, Founder Collective, and FJ Labs.

Looking ahead, Fogarty said he sees plenty of room to grow while remaining focused on the Shopify ecosystem. After all, there are more than 1 million stores on the platform, with $200 billion in total sales to date.