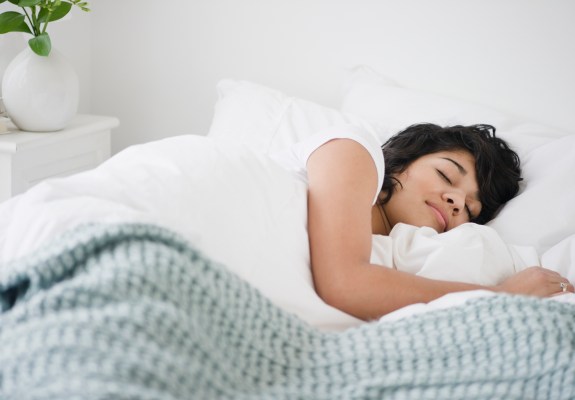 In “Macbeth,” Shakespeare described sleep as the “chief nourisher in life’s feast.” But like his titular character, many adults aren’t sleeping well. Revery wants to help with an app that combines cognitive behavioral therapy (CBT) for insomnia with mobile gaming concepts.

Lee, a mutual friend, first introduced Revery’s founders, Tammie Siew and Khoa Tran, to one another. Before launching the startup, Siew worked at Sequoia Capital India, Boston Consulting Group and CRED, while Tran was a former product manager at Google.

Revery plans to focus on other mental health issues in the future, but it’s starting with sleep because “it has such a strong correlation with mental health and we’re leveraging protocols, cognitive behavioral therapy for insomnia, that’s robust and have been tried and tested for 30 years,” Siew told TechCrunch. “That is the first indication, but the goal is to build multiple games for other wellness indications as well.”

A study by research firm Infinium found that about 30% to 45% of adults in the world experience insomnia, a problem exacerbated by the COVID-19 pandemic. Chronic lack of sleep is linked to a host of health issues, including high blood pressure, strokes, depression and lowered immunity. Revery’s team on a Zoom call

“Everyone on our team has a deeply personal connection to the mission, because everyone on our team has experienced, or had a family member or friends go through challenges in mental health,” said Siew. “They’ve seen how late intervention creates consequences that could have been avoided if they had gotten help earlier.”

When Tran was 15, he was diagnosed with hypertension and several other health conditions that needed medication. It wasn’t until he was 26 that Tran found out that sleep apnea was at the root of his medical issues. After getting surgery, Tran’s blood pressure became normal and many of his other conditions also improved.

“When I finally got treatment for my sleep disorder, only then did I realize the impact of sleep on mental health,” Tran said. “For me, I was really lucky that a doctor caught my sleep disorder and super lucky to have the time and resources to get treatment. For many people, it’s incredibly inaccessible.”

When people think of sleeping apps, ones that focus on meditation (Calm and Headspace, for example) or soothing noises usually come to mind. The Revery team isn’t sharing a lot of details about its app before launch, but says it draws from casual mobile games, which are designed to get people to return for short play sessions over a long period of time. The goal is to use gamification to make CBT practices interactive and fun, so it becomes part of users’ daily routines.

“That’s the same kind of gameplay that Zynga and King have used, which is why Kriti’s experience is super helpful,” said Siew. Casual games revolve around rewarding people for small actions, and for Revery app, that means positive reinforcement for habits that contribute to better sleep. For example, it will reward people for putting down their phones.

“I think a lot of people have the misconception that solving sleep is only at the time you fall asleep. They don’t realize that sleep is impacted by what you do throughout the day,” Siew said. “A big part is also what are your thoughts, behavior and the other things that you do, so in order to effectively and sustainably improve sleep, we also have to change your thoughts and behaviors outside of the time you’re trying to fall asleep.”

In a statement, GGV Capital managing director Jenny Lee said, “We are excited about the growing mental wellness market, and believe that Revery’s unique mobile game-based approach has the opportunity to create immense impact. We are happy to back such a mission-driven team in this space.”