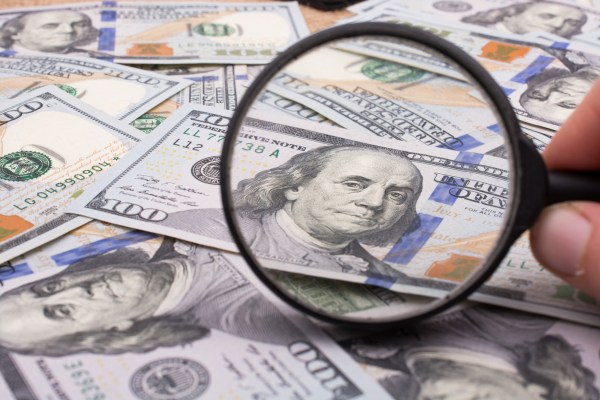 The wider field of cyber security — not just defending networks, but identifying fraudulent activity — has seen a big boost in activity in the last few months, and that’s no surprise. The global health pandemic has led to more interactions and transactions moving online, and the contractions we’re feeling across the economy and society have led some to take more desperate and illegal actions, using digital challenges to do it.

Today, a UK company called Quantexa — which has built a machine learning platform branded “Contextual Decision Intelligence” (CDI) that analyses disparate data points to get better insight into nefarious activity, as well as to (more productively) build better profiles of a company’s entire customer base — is raising a growth round of funding to address that opportunity.

The London-based startup has picked up $64.7 million, a Series C the it will be using to continue building out both its tools and the use cases for applying them, as well as expanding geographically, specifically in North America, Asia-Pacific and more European territories.

The mission, said Vishal Marria, Quantexa’s founder and CEO, is to “connect the dots to make better business decisions.”

The startup built its business on the back of doing work for major banks and others in the financial services sector, and Marria added that the plan will be to continue enhancing tools for that vertical while also expanding into two growing opportunities: working with insurance and government/public sector organizations.

The backers in this round speak to how Quantexa positions itself in the market, and the traction it’s seen to date for its business. It’s being led by Evolution Equity Partners — a VC that specialises in innovative cybersecurity startups — with participation also from previous backers Dawn Capital, AlbionVC, HSBC and Accenture, as well as new backers ABN AMRO Ventures. HSBC, Accenture and ABN AMRO are all strategic investors working directly with the startup in their businesses.

Altogether, Quantexa has “thousands of users” across 70+ countries, it said, with additional large enterprises including Standard Chartered, OFX and Dunn & Bradstreet.

The company has now raised some $90 million to date, and reliable sources close to the company tell us that the valuation is “well north” of $250 million — which to me sounds like it’s between $250 million and $300 million.

Marria said in an interview that he initially got the idea for Quantexa — which I believe may be a creative portmanteau of “quantum” and “context” — when he was working as an executive director at Ernst & Young and saw “many challenges with investigations” in the financial services industry.

“Is this a money launderer?” is the basic question that investigators aim to answer, but they were going about it, “using just a sliver of information,” he said. “I thought to myself, this is bonkers. There must be a better way.”

That better way, as built by Quantexa, is to solve it in the classic approach of tapping big data and building AI algorithms that help, in Marria’s words, connect the dots.

As an example, typically, an investigation needs to do significantly more than just track the activity of one individual or one shell company, and you need to seek out the most unlikely connections between a number of actions in order to build up an accurate picture. When you think about it, trying to identify, track, shut down and catch a large money launderer (a typical use case for Quantexa’s software) is a classic big data problem.

While there is a lot of attention these days on data protection and security breaches that leak sensitive customer information, Quantexa’s approach, Marria said, is to sell software, not ingest proprietary data into its engine to provide insights. He said that these days deployments typically either are done on premises or within private clouds, rather than using public cloud infrastructure, and that when Quantexa provides data to complement its customers’ data, it comes from publicly available sources (for example Companies House filings in the UK).

There are a number of companies offering services in the same general area as Quantexa. They include those that present themselves more as business intelligence platforms that help detect fraud (such as Looker) through to those that are secretive and present themselves as AI businesses working behind the scenes for enterprises and governments to solve tough challenges, such as Palantir, through to others focusing specifically on some of the use cases for the technology, such as ComplyAdvantage and its focus on financial fraud detection.

Marria says that it has a few key differentiators from these. First is how its software works at scale: “It comes back to entity resolution that [calculations] can be done in real time and at batch,” he said. “And this is a platform, software that is easily deployed and configured at a much lower total cost of ownership. It is tech and that’s quite important in the current climate.”

And that is what has resonated with investors.

“Quantexa’s proprietary platform heralds a new generation of decision intelligence technology that uses a single contextual view of customers to profoundly improve operational decision making and overcome big data challenges,” said Richard Seewald, founding and managing partner of Evolution, in a statement. “Its impressive rapid growth, renowned client base and potential to build further value across so many sectors make Quantexa a fantastic partner whose team I look forward to working with.” Seewald is joining the board with this round.