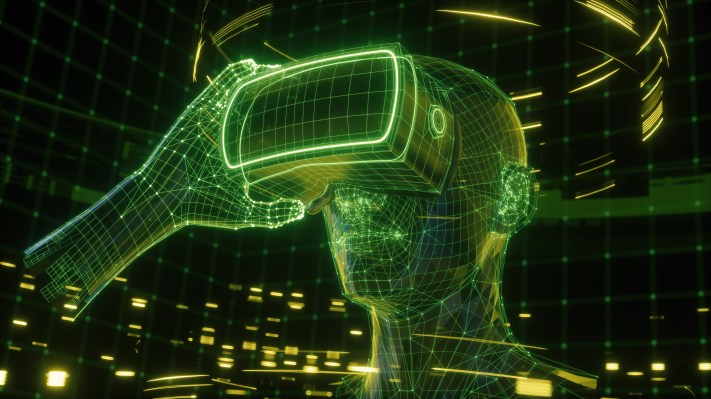 The coronavirus has displaced millions of workers across the country. In order to recover, companies must focus on re-skilling their workforces in a measured and sustainable way. However, training and recruitment can cost hundreds of thousands of dollars for companies, a heavy investment that is hard to explain during volatile times.

To Bharani Rajakumar, the founder of Transfr, the dilemma of displaced workers is the perfect use case for virtual reality technology. Transfr leverages virtual reality to create simulations of manufacturing-plant shop floors or warehouses for training purposes. The platform’s entry-level gives workers a way to safely and effectively learn a trade, and companies a solution on mass up-skilling needs.

At its core, Transfr is building a “classroom to career pipeline,” Rajakumar says. Companies have influence over the training they need, and students can turn into entry-level employees within vocational schools, on-site or within training facilities. Below is a presentation from the company highlighting the trainee experience.

Transfr’s core technology is its software. Hardware-wise, the business uses Facebook’s Oculus Quest headset with Oculus for Business, not the generic customer hardware available in stores.

Transfr makes money by charging a software-as-a-service licensing fee to companies, which can go for up to $10,000 depending on the size of the workforce.

Transfr started as a mentor-based VR training programming play. The business sold courses on everything from bartending to surgery skills, as shown below:

The shift to displaced worker training, Rajakumar says, came from realizing who had the purchasing power in the relationship of entry-level employees. Hint: It was the companies that had the most to gain from a higher-skilled worker.

Virtual reality has gotten an overall bump and better reputation from the coronavirus pandemic, but is yet to massively be adopted among edtech founders. Rajakumar thinks that it could be revolutionary for the sector. He first saw virtual reality when he attended a gaming conference in San Francisco in 2017.

“I can’t believe that gaming and pornography are the two big industries for this technology,” he said. “I don’t think anybody understands what this is gonna be for teaching and learning.”

Labster, which offers schools VR simulations of science class, had product usage grow 15 times since March. The company raised money in August to expand to Asia.

Labster CEO and co-founder Michael Jensen says that Transfr’s gamification and simply UX is good for adoption, but noted that production costs could be the biggest barrier toward making the company scale.

“It’s simply too expensive to build a stable, well-polished VR application still today, and all players, us included, need to think about reusability, testability and scalability to be able to truly succeed.”

Transfr is trying to lower costs by creating a catalog of work simulations, a Transfr virtual reality training facility of sorts, that it can then repurpose for each different customer. Each month, it adds to the training facility with new jobs that are in demand, helping it scale without needing to start from scratch with each new customer. Since March, Transfr’s customers have quadrupled.

Most notably, though, is Transfr’s recent work in Alabama. The company is behind a statewide initiative in Alabama where its software is being used in the community college system and industrial workforce commission for re-skilling purposes. It’s through these large contracts that Transfr will truly be able to scale in its mission to train workforces. Rajakumar hopes to sign 10 to 15 similar contracts in the next year.

It’s an ambitious goal, and one worth raising financing to achieve. Transfr today announced that it has raised $12 million in a round led by Firework Ventures . The money will primarily be used to grow Transfr’s catalog of virtual reality simulations. While the company is not yet profitable, Rajakumar says that Transfr “could be” if they wanted to move at a slower growth rate.

“Before COVID, people would say we’re such good Samaritans for working on workforce development,” he said. “In a post-COVID world, people say that we’re essential.”