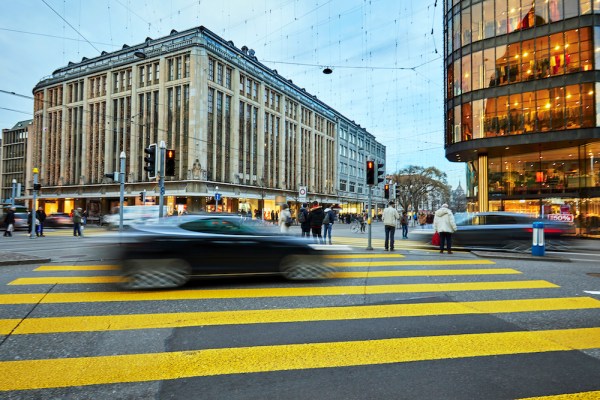 Metromile, the pay-per-mile auto insurer that earlier this year laid off a third of its staff due to economic uncertainties caused by COVID-19, is taking the SPAC path to the public markets.

The company, which was founded in 2011 and is led by CEO Dan Preston, said it has reached a merger agreement with special purpose acquisition company INSU Acquisition Corp. II, with an equity valuation of $1.3 billion.

Metromile said it was able to raise $160 million in private investment in public equity, or PIPE, in an investment round led by Chamath Palihapitiya’s firm Social Capital. Existing investors Hudson Structured Capital Management and Mark Cuban, as well as new backers Miller Value and Clearbridge participated. Metromile will have about $294 million of cash at closing.

The company plans to use those proceeds to reduce existing debt and accelerate growth, specifically to hire employees to support its consumer insurance and enterprise businesses, and grow beyond its eight-state geographic footprint to a goal of 21 states by the end of next year and nationwide coverage by the end of 2022.

Metromile is credited for disrupting some of the inefficiencies of the auto insurance business model, notably how consumers are charged. Instead of a standard flat fee, Metromile charges customers based on their mileage, which it is able to measure via a device plugged into the vehicle. Some two-thirds of U.S. drivers are considered low-mileage, according to Metromile. By charging per mile, Metromile says its customers save 47% on average compared to their previous insurer.

The company developed a mobile app, which besides allowing users to file claims, offers other features such as alerting the driver of possible parking violations due to street sweeping activity. Now, with three billion miles of driver data, the company is able to make predictive models that help lower customer costs and improve their overall experience.

The company also built out an enterprise division in 2019 that offers a cloud-based software as a service to large legacy insurers. Metromile licenses components of its platform, including claims automation and fraud detection tools.

The COVID-19 pandemic created initial headwinds for Metromile, which had been one of the fastest-growing startups in the Bay Area. Metromile ended up laying off about 100 people as it aimed to pare back its workforce. The company said at the time that its business was affected by pandemic-related stay-at-home orders, which caused its customers to drive less. The pandemic also prompted U.S. drivers to shop around for insurance and look for deals that supported their shift to lower mileage.

Investor Cuban said in the company’s SPAC announcement sees an upside for the business.

“During these times of financial hardship, unemployment and work from home, Metromile provides an important insurance alternative,” Cuban said. “The option to pay for insurance by the mile is a game changer and why I’m incredibly excited about Metromile’s future!”

Metromile has hired back staff and returned employees that it placed on furlough this spring. Today, the company has more than 230 employees and doesn’t expect any reductions in the workforce in the future. Instead, the company told TechCrunch it plans to hire additional staff on the expectation that both its consumer and enterprise businesses will grow “considerably” in the next few years.

The transaction is expected to close in the first quarter of 2021. The combined company will be named Metromile Inc., and is expected to remain listed on NASDAQ under the new ticker symbol “MLE.”