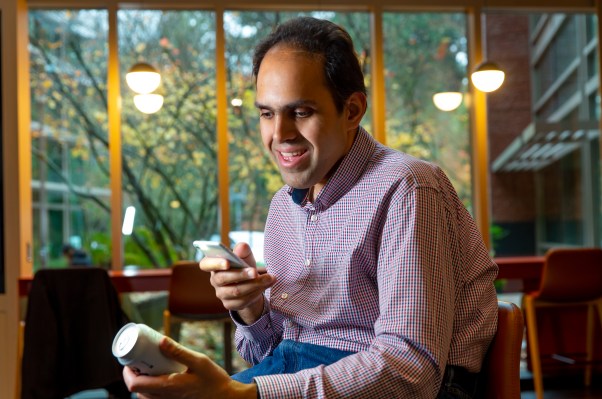 When Microsoft CEO Satya Nadella introduced Saqib Shaikh on stage at BUILD in 2016, he was obviously moved by the engineer’s “passion and empathy,” which Nadella said, “is going to change the world.”

That assessment was on the mark because Shaikh went on to co-found the mobile app Seeing AI, which is a showcase for the power of AI applied to the needs of people who are blind or visually impaired. Using the camera on a phone, the Seeing AI app can describe a physical scene, identify persons and their demeanor, read documents (including handwritten ones), read currency values and tell colors. The latest version uses haptic technology to help the user discover the position of objects and people in an image. The app has been used 20 million times since launch nearly three years ago, and today it works in eight languages.

It’s exciting to announce that Shaikh will be speaking at Sight Tech Global, a virtual, global event that addresses how rapid advances in technology, many of them AI-related, will influence the development of accessibility and assistive technology for people who are blind or visually impaired. The show, which is a project for the Vista Center for the Blind and Visually Impaired Silicon Valley, launched recently on TechCrunch. The virtual event is Dec. 2-3 and free to the public. Pre-register here.

Shaikh lost his vision at the age of 7, and attended a school for blind students, where he was intrigued by computers that could “talk” to students. He went on to study computer science at the U.K.’s University of Sussex. “One of the things I had always dreamt of since university,” he says, “was something that could tell you at any moment who and what’s going on around you.”  That dream turned into his destiny.

After he joined Microsoft in 2006, Shaikh participated in Microsoft’s annual, week-long hackathons in 2014 and 2015 to develop the idea of applying AI in ways that could help people who are blind or visually impaired. Not long after, Seeing AI became an official project and Shaikh’s full-time job at Microsoft. The company’s Cognitive Services APIs have been critical to his work, and he now leads a team of engineers who are leveraging emerging technology to empower people who are blind.

“When it comes to AI,” says Shaikh, “I consider disabled people to be really good early adopters. We can point to history where  blind people have been using talking books for decades and so on, all the way through to OCR text-to-speech, which is early AI. Today, this idea that a computer can look at an image and turn it into a sentence has many use-cases but probably the most compelling is to describe that image to a blind person. For blind people this is incredibly empowering.” Below is a video Microsoft released in 2016 about Shaikh and the Seeing AI project.

The Seeing AI project is an early example of a tool that taps various AI technologies in ways that produce an almost “intelligent” experience. Seeing AI doesn’t just read the text, for example, it also tells the user how to move the phone so the document is in the viewfinder. It doesn’t just tell you there are people in front of you, it tells you something about them, including who they are (if you have named them in the past) and their general appearance.

At Sight Tech Global, Shaikh will speak about the future of Seeing AI and his views on how accessibility will unfold in a world more richly enabled by cloud compute, low latency networks and ever more sophisticated AI algorithms and data sets.

Sponsors are welcome, and there are opportunities available ranging from branding support to content integration. Please email sponsor@sighttechglobal.com for more information.