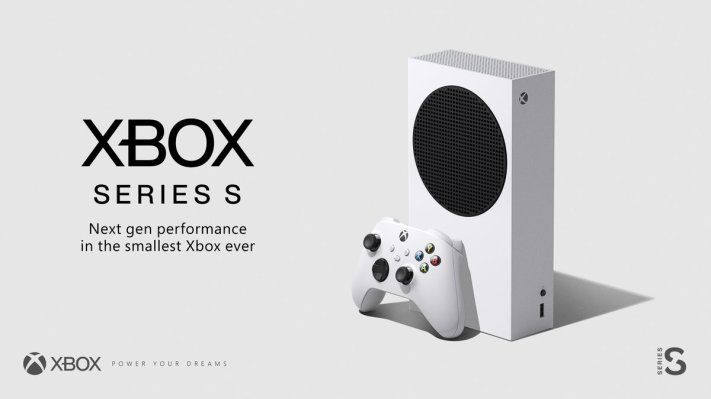 Microsoft has confirmed via its official Xbox Twitter account that a discless, tiny Xbox called the Series S will be released alongside its forthcoming Xbox Series X. The Series S was initially leaked late Monday, first by Brad Sams on Twitter, and also by Walking Cat. The Xbox account tweeted an image of the same small design dominated by a large, round vent grill, and said that the estimated retail price at launch for the new version of the console will be $299.

There have been rumors about the Series S landing along with the Series X, which Microsoft made official first all the way back in December 2019 (what was 2019, was it even real?). The Series S is essentially a stripped-down, less-performant version of the Series X, without true 4K rendering and with a lot less processing power — but it seems like it’ll still be able to play next-gen games, albeit probably less impressively.

The launches of both the next-gen Xbox and the PS5 from Sony have been extremely drawn out across massive drip campaigns, and pre-order and availability specifics are still being held close to the chest for the primary consoles, much to the frustration of gaming fans. AT least now we know November 10 is the official date of availability for the Series S.