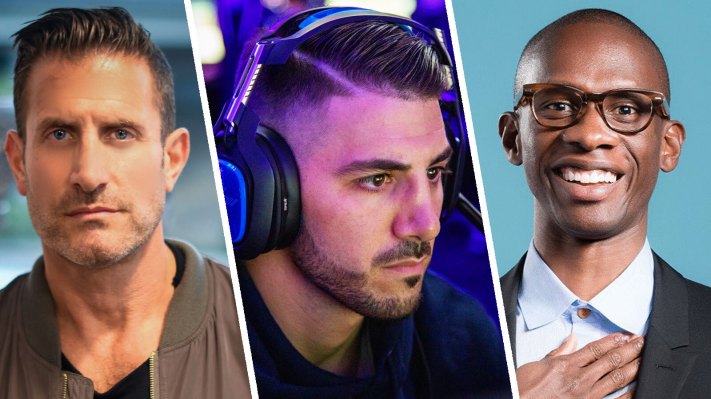 Esports, an already booming industry, have taken on an even greater significance in the wake of the coronavirus pandemic. With traditional sports stalled or… er, different, esports and gaming in general have given folks a fresh way to enjoy competition.

Perhaps no esports organization has more clout or recognition than FaZe Clan. That’s why we’re so pleased to have FaZe Clan CEO Lee Trink, investor Troy Carter and world-famous streamer Nick “Nickmercs” Kolcheff join us on the Disrupt 2020 stage next week (September 14-18) to talk all things esports.

Trink, co-founder and CEO of FaZe Clan, has a rich history in the media and entertainment industries, serving as general manager and COO of Virgin Records before being promoted to president of EMI’s Capitol Music Group. At the helm of FaZe Clan, he’s helped build out one of the most followed esports organizations in the world.

Troy Carter has had an equally impressive career in media and entertainment. He was instrumental in building the career of Lady Gaga, among other artists, and also served as head of global creator services at Spotify. He’s now the CEO and founder of Atom Factory and an investor in FaZe Clan.

Nick “Nickmercs” Kolcheff is a professional gamer and streamer who rose to fame as a competitive Fortnite streamer. Uniquely, Nickmercs uses a controller instead of a mouse and keyboard, which has further popularized him among other controller players who crowd to his stream each day. He is currently the most-watched Call of Duty streamer across any platform and is consistently among the top five watched channels on all of Twitch.

We’re excited to chat with this illustrious panel of experts about the evolution of esports, what sets FaZe Clan apart, and what entrepreneurs can learn from the viral growth of the organization over the years.

Pick up your pass to join us at Disrupt 2020 happening from September 14-18. You can get access to this session, founder how-to content on the Extra Crunch Stage, tons of networking opportunities and access to hundreds of startups in Digital Startup Alley with a Disrupt Digital Pro Pass (just $345 for a limited time). Or for those on tighter purse-strings, you can get access to the Disrupt Stage, breakout sessions and the expo for just $45. Join us today!