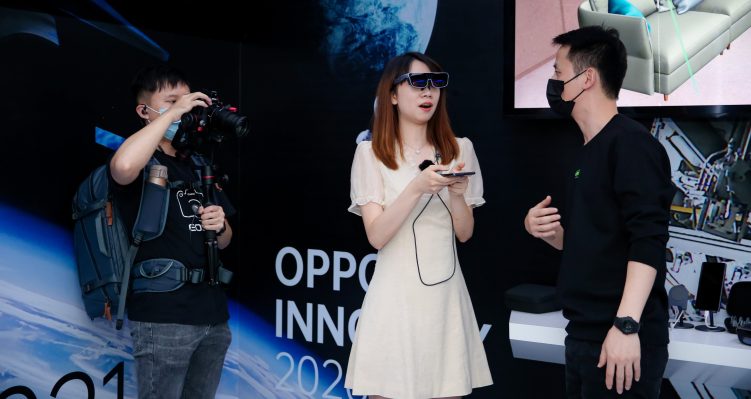 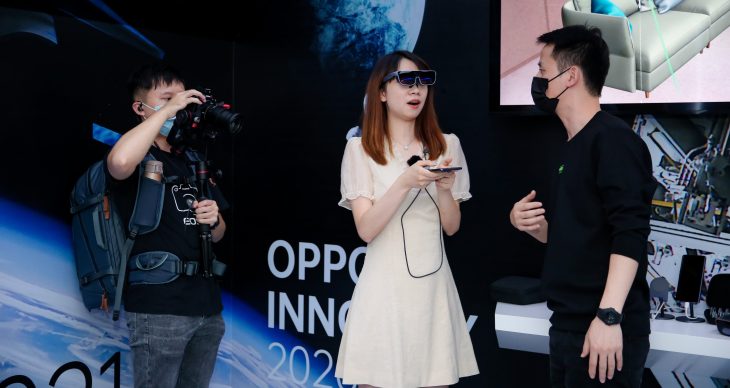 Tech companies around the world are still identifying the “next big thing” enabled by 5G connections. Some, such as Oppo, are betting it will be augmented reality.

The Chinese smartphone firm showcased its progress in AR at a Tuesday event swarmed by hundreds of reporters, analysts, and partners in Shenzhen. Green strobe light, the color of its brand, beamed as vice president Liu Chang unveiled the Oppo AR Glass 2021, a lightweight headset slightly chunkier than regular glasses.

Still in the concept phase, the headset comes with fisheye cameras, tracks hands in milliseconds, and can supposedly simulate the experience of watching a 90-inch screen from three meters away.

AR has been a key focus for OPPO for sometime now. At last year’s inno day we announced a RMB 50 billion investment over 3 years to allow development of technologies including AR and the ecosystems they need to evolve. #OPPOINNODAY20 https://t.co/pfJSTHKs6u

The concept product is the result of Oppo’s three-year-plan, unveiled last year, to spend 50 billion yuan ($7.62 billion) on futuristic tech including AR.

Smartphone makers from Xiaomi to Huawei are embracing AR as they design headsets that can tether to smartphones, taking advantage of the latter’s computing power. The Oppo AR Glass 2021, for instance, is designed to link to the Oppo Find X2 Pro which contains a Snapdragon 865 chipset.

It’s unclear when Oppo’s AR glasses will hit the shelf, but the firm is actively building the ecosystem needed for mass-market adoption, from working with content providers like video streaming site iQiyi to launching a developer initiative next year to make development tools widely available.

At the same event, Oppo also flaunted a concept phone with a “scrolling” OLED screen that could make an alternative to existing foldable phones. Oppo declined to disclose who the display maker is.