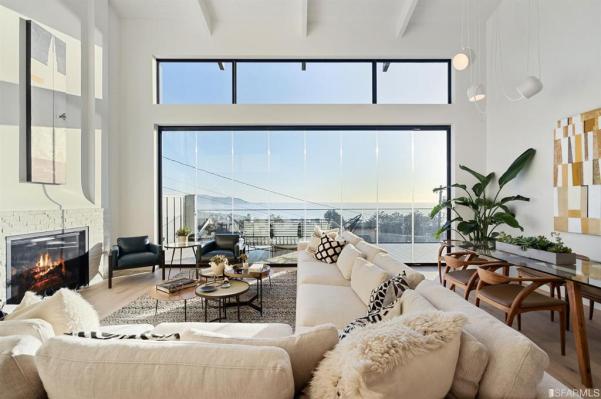 We’ve seen a big wave of proptech startups emerge to reimagine how houses and bought and sold, with some tapping into the opportunity with distressed property, and others exploring the “iBuyer” model where houses are bought, fixed up and resold by a single startup to homeowners who don’t want to invest in a fixer-upper. But the vast majority of homes are still sold the traditional way, by way of a real estate agent working via a broker.

Today, a startup is announcing that it has raised seed funding not to disrupt, but improve that basic model with a more flexible approach that can help agents work in a more modern way, and to ultimately scale out the number of people working as agents in the market.

Avenue 8, which describes itself as a “mobile-first residential real estate brokerage” — providing a new set of tools for agents to source, list and sell homes, and handle the other aspects of the process that fall between those — has raised $4 million. This is a seed round, and Avenue 8 plans to use it to expand further in the cities where it is already active — it’s been in beta thus far in the San Francisco and Los Angeles areas — as well as grow to several more.

The funding is notable because of the backers that the startup has attracted early on. It’s being led by Craft Ventures — the firm co-founded by David Sacks and Bill Lee that has amassed a prolific and impressive portfolio of companies — with Zigg Capital, and Good Friends (an early-stage fund from the founders of Warby Parker, Harry’s, and Allbirds) also participating.

There has been at least $18 billion in funding raised by proptech companies in the last decade, and with that no shortage of efforts to take the lessons of tech — from cloud computing and mobile technology, through to artificial intelligence, data science, and innovations in e-commerce — and apply them to the real estate market.

Michael Martin, who co-founded Avenue 8 with Justin Fichelson, believes that this pace of change, in fact, means that one has to continually consider new approaches.

“It’s important to remember that Compass’s growth strategy was to roll out its technology to traditional brokerages,” he said of one of the big juggernauts in the space (which itself has seen its own challenges). “But if you built it today, it would be fundamentally different.”

And he believes that “different” would look not unlike Avenue 8.

The startup is based around a subscription model for a start, rather than a classic 30/70 split on the sales commissions that respectively (and typically) exist between brokers and agents.

Around that basic model, Avenue 8 has built a set of tools that provides agents with an intuitive way to use newer kinds of marketing and analytics tools both to get the word out about their properties across multiple channels; analytics to measure how their efforts are doing, in order to improve future listings; and access to wider market data to help them make more informed decisions on valuations and sales. It also providers a marketplace of people — valets — who can help stage and photograph properties for listing, and Avenue 8 doesn’t require payments to be made to those partners unless a home sells.

It also provides all of this via a mobile platform — key for people in a profession that often has them on the move.

Targeting agents that have in the past relied essentially on using whatever tools the brokers use — which often were simply their own sites plus some aggregating portals — Avenue 8’s pitch is not just better returns but a better process to get there.

“We’ve heard time and time again that agents struggle to identify and leverage the technology and tools to successfully manage their relationships and properties. Changing buyer/seller expectations have accelerated the digital transformation of most agents’ workflows,” said Ryan Orley, Partner at Zigg Capital, in a statement. “Avenue 8 is building and integrating the right software and resources for our new reality.”

What’s also interesting about Avenue 8 is how it can open the door to a wider pool of agents in the longer run.

The real estate market has been noticeably resilient throughout the pandemic, with lower interest rates, a generally lower overall home inventory, and people spending more time at home (and wanting a better space) creating a high level of demand. With a number of other industries feeling the pinch, a flexible platform like Avenue 8’s creates a way for people — who have taken and passed the certifications needed to become agents — to register and flexibly work as an agent as much or as little as they choose, creating a kind of “Uber for real estate agents,” as it were.

That scaling opportunity is likely one of the reasons why this has potentially caught the eye of investors.

“Avenue 8’s organic growth is clear evidence that the market demands a mobile-first, digital platform,” said Jeff Fluhr, General Partner at Craft Ventures, in a statement. “Michael and Justin have a clear vision for modernizing real estate while keeping agents at the center. Avenue 8’s model helps agents take home more even in today’s environment where commissions are compressing.”

Interestingly, just as Uber’s changed the way that on-demand transportation is ordered and delivered, Avenue 8 is starting to see some interesting traction in terms of its place in the real estate market. Although it was originally targeted at agents with the pitch of being like “a better broker” — providing the services brokers are regulated to provide, but with a more modern wrapper around it — it’s also in some cases attracting brokerages, too. Martin said that it’s already working with a few smaller ones, and ultimately might consider ways of providing its tools to larger ones to manage their businesses better.