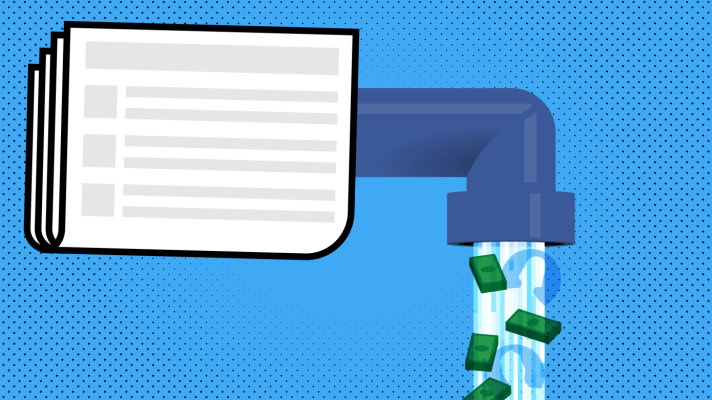 Facebook is testing out a new feature that could help news publishers create a better experience for paying subscribers on the social network.

The idea is that when Facebook identifies a subscriber from one of its publisher partners, that subscriber will be invited to link their news account to their Facebook account. Once they’re linked, if they encounter a paywalled article on Facebook, they’ll be able to read it without hitting the paywall or having to log-in again.

Facebook also says that when subscribers link their accounts, it will show them more content from that publisher, and that it’s “developing and [plans] to introduce additional subscriber experiences over time.”

The Atlanta Journal-Constitution, The Athletic and the Winnipeg Free Press have already been testing the feature out. Facebook says subscribers who linked their accounts made an average of 111% more article clicks compared to those who weren’t part of the test group, and that those subscribers increased their rate of following a publisher from 34% to 97%.

Facebook has had a complicated relationship with news publishers, many of whom have gotten burned by the company’s shifting strategy in the past.

When news organizations rely on outside platforms for distribution, one of the big issues is who owns the subscriber. So Facebook’s approach here may be more acceptable to publishers, since it still requires readers to subscribe to a given publication (rather than subscribing through Facebook itself).

The social network’s current news strategy is focused on Facebook News, a separate tab for journalism in the main Facebook app that has only recently begun to expand internationally. The company also offers support for subscriptions in Instant Articles, and s part of its broader efforts to fund journalism, Facebook also launched a Local News Subscription Accelerator.