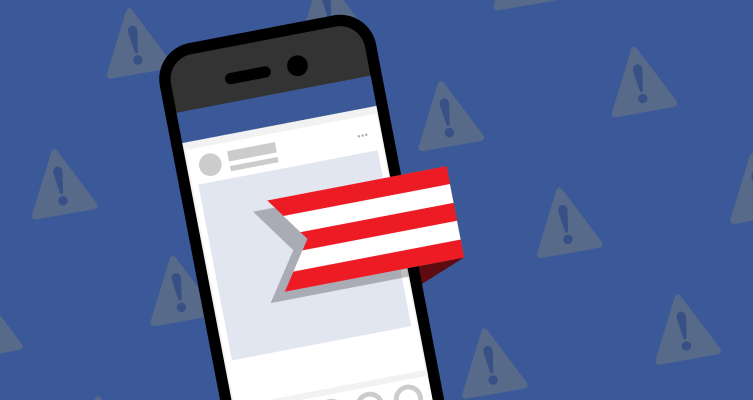 The UK government is considering changes to the law that would require online political campaign material to carry labels disclosing who is promoting and funding the messaging.

The proposal, which is being put through a public consultation until November, follows years of warnings over the lack of regulation around online political ads.

The government said the measures would mean voters get the same transparency from online campaign material as they do from leaflets posted through their letterbox.

A variety of platforms would be covered, per the current proposal, including social media and video sharing apps, general websites and apps, online ads, search engines, some forms of email, digital streaming services and podcasts.

“There is growing concern about the transparency of the sources of political campaigning online, which is starting to have a negative impact on trust and confidence in our elections and democracy,” the minister for the constitution & devolution, Chloe Smith, writes. “The Government committed in its last manifesto to protect the integrity of our democracy. That is why this Government will refresh our election laws so that citizens are empowered to make informed decisions in relation to election material online.”

Commenting in a press statement, she added: “People want to engage with politics online. That’s where campaigners connect with voters and is why, ahead of elections, almost half of political advertising budgets are now spent on digital content and activity. But people want to know who is talking. Voters value transparency, so we must ensure that there are clear rules to help them see who is behind campaign content online.

“The measures we have outlined today are a big step forward towards making UK politics even more transparent and would lead to one of the most comprehensive set of regulations operating in the world today.”

The government is calling for digital imprints to apply to all types of campaign content, regardless of the country it is being promoted from, and across a variety of digital platforms.

The requirement for imprints would also apply all year round, not only during election or referenda periods.

Imprints would be required to be displayed as part of the digital content — or where that’s not possible located in an “accessible alternative location linked to the material”, per the proposal.

The government argues that the requirement for digital imprints on political campaign material will help existing regulators better monitor who is promoting election material and enforce spending rules.

The UK’s 2016 EU referendum vote was mired by the Election Commission’s finding, after the fact of Brexit, of improper spending by the official Vote Leave campaign. The campaign channeled money to a Canadian data firm, AggregateIQ, to use for microtargeting political advertising on Facebook’s platform, via undeclared joint working with another Brexit campaign, BeLeave.

As we said at the time, more stringent regulations and transparency mechanisms were needed to prevent powerful social media platforms from quietly absorbing politically motivated money and messaging without recognizing any responsibility to disclose the transactions, let alone carry out due diligence on who or what may be funding the political spending.

UK parliamentarians on the DCMS committee have been calling for “urgent action” to update national election laws for years — warning in a report back in 2018 that democratic integrity and trust in democratic processes are at risk from rampant data-fuelled digital manipulation.

Damian Collins, who was chair of the DCMS committee during a multi-month investigation into the impact of online disinformation, criticized the government for continued delay in taking action — also attacking the proposals for not going far enough.

“This is important but there have already been government consultations and multiple inquiries which have recommended transparency for who is running political ads online. We should legislate to make this happen now,” he said via Twitter, in response to news of the consultation.

“We need to go much further to protect our elections: Clamp down on deepfakes, foreign donation loopholes, and generally bring in line political ads with the standards of the rest of ad-land,” he added.

Political broadcasts on UK television and radio are very heavily regulated — with stringent limits placed on the length and frequency of such broadcasts. Paid political ads simply aren’t permitted there. But no such limits are being proposed for online political ads, where it’s trivially easy and cheap to deploy glossy video ads targeted at specific, niche groups of voters.

Meanwhile, some tech firms have voluntarily deleted this type of advertising from their platforms in response to concerns about how it can be used to hijack, manipulate and skew genuine democratic debate.

Last year some of Facebook’s own employees raised public concerns that its advanced targeting and behavioral tracking tools make it “hard for people in the electorate to participate in the public scrutiny that we’re saying comes along with political speech”, as congressman David Cicilline noted during the third meeting of the International Grand Committee on Disinformation.

Given all that, the UK government’s proposal for digital imprints on political ads looks like an enabling framework for digital campaigning — and one that risks glossing over the democratic threat inherent in allowing voters to be treated as just so many online consumers to be profiled and targeted in the same way as Internet users are spied upon to sell a holiday, fitness gear or a particular shampoo brand.

In 2018 the UK’s data watchdog called for an ethical pause on behavioral targeting of voters. In a report entitled Democracy Disrupted? Personal information and political influence, the regulator warned: “Without a high level of transparency – and therefore trust amongst citizens that their data is being used appropriately – we are at risk of developing a system of voter surveillance by default. This could have a damaging long-term effect on the fabric of our democracy and political life.”

Its warnings then fell on deaf ears — with the Conservative party going on to use some very similar looking data-grabbing campaign techniques for last year’s general election as were deployed to target voters during the Brexit referendum. (Vote Leave’s campaign director, Dominic Cummings, is now PM Boris Johnson’s chief advisor.) So, tl;dr, the UK’s governing party is fully in bed with big data for election campaigns.

(Not to mention flush with Russian money, per a more recent UK parliamentary committee report, which appears to have encouraged ministers to look the other way vis-a-vis democratic threats posed by foreign-funded online disOps.)

In a statement accompanying the government’s press release, Facebook’s head of UK public policy, Rebecca Stimson, sounded pleased with the government’s enabling approach to regulating political ads — taking the opportunity to promote steps it’s taken toward what she couched as “online transparency” by highlighting a platform requirement, introduced in the wake of the Brexit Facebook ad scandal, which means political ads on Facebook need to be badged with a ‘paid for by’ disclaimer (and retained in an ad archive for a set number of years).

“We look forward to further engaging with the government on this important consultation,” she added.

The UK proposal suggests two tests for determining when digital content should require an imprint: Either where it’s “intended to achieve the electoral success of registered political parties and candidates, or the material relates to a referendum”; or where paid and organic digital content is being promoted by either: Registered political parties, registered third party campaigners, candidates, holders of elected office and registered referendum campaigners.

For other types of campaigners the digital imprint requirement will only apply to paid digital content (i.e. ads). “Imprint rules will… not apply to unregistered campaigners that are not paying to promote content, so that members of the public remain able to exercise their right to free speech,” the government notes on that.

It looks as if the latter will open up a loophole for unofficial campaign content to slip under the imprint radar — i.e. if manufactured opinion content can be passed off as ‘individual’ speech. In much the same way as Russia was able to pass off disinformation targeting the US election by seeding it through a network of fake profiles controlled by its bot agents.

Platforms remain terrible at identifying and labelling bots, and continue to be allowed to choose their own adventure when it comes to making fake account disclosures. So dark political messaging that’s natively hidden from regulatory oversight will continue to flourish without far closer regulation of these tech giants.