Why don’t more VCs care about good tech (yet)? – TechCrunch 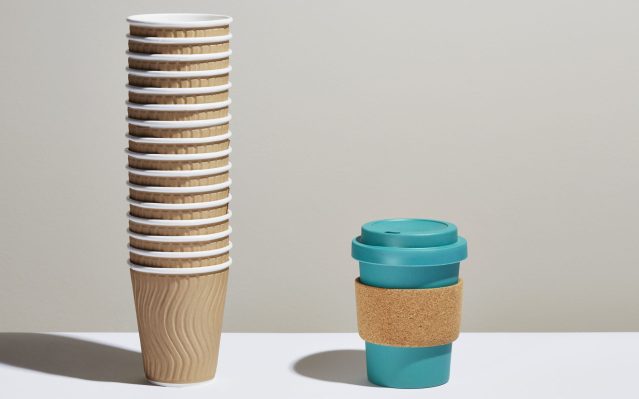 One of the VC partners in a well-established London firm told me straight out:

Venture capital is money [laughs], it is a risky asset class, perhaps the wildest asset class […] and it has the biggest possible returns.

I have detailed elsewhere how I think caring more beyond the immediate-return mentality often associated with shareholder value capitalism makes sense (financially and ethically). But the arguments I am making are normative and ideological and don’t describe the status quo of VC investing. The more VCs I speak to — so far more than 150 between Berlin and Silicon Valley — the more it becomes clear that most of them couldn’t care less about environmental, social and governance, impact, sustainability, green tech or what Nicholas Colin calls safety net 2.0. Most VC money last year went into fintech; real estate and automation continue to be big, too. Only a tiny portion of businesses in these areas are remotely “impactful.”

Why, then, have the big, supposedly much less progressive asset managers and funds — from KKR to BlackRock to JPMorgan Chase — started to announce that they do (intend to) care?

What are these institutions sitting at the heart of capitalism seeing turning to ESG guidelines, screaming for more regulation and pushing to make portfolios climate-friendly? Why is it that big CEOs want to shift their efforts away from just shareholder value to benefit all stakeholders? Obviously, it must be about money, about a new investment opportunity. Being “good” must be on the verge of becoming profitable. But why are VCs not getting into that in big waves, the investors who are usually ahead of the curve qua their forward-looking business model?

Don’t get me wrong — there is indeed a class of new VCs that has decided to specialize in impact investing and “social good.” Perhaps with the exception of DBL, most of the funds in this new class, however, have only started recently; none of them will be considered top tier funds yet. Exceptions only confirm the rule, however. While Obvious, itself a B-Corp lead among others by Twitter co-founder Ev Williams, is celebrating the Beyond Meat IPO, Greylock is struggling to recruit more than one female into its investment team and is still most keen on blitzscaling marketplaces. While in Germany, Ananda is the only self-fashioned impact investor, sector heavy-hitters such as Holtzbrinck, Earlybird and Point9 are still struggling with the future of e-commerce and SaaS and have discovered gaming as a way of making a 3x return.

Why? Why is dumb money that sits in KKR and is only supposed to strive for the biggest available profit imposing ESG guidelines on itself while hundreds of clever VC general partners are seemingly closing their eyes and path-dependably follow their old-school patterns chasing disruption everywhere but in “the good” and “impact?”

Here are six hypotheses and excuses:

1. It isn’t clear what “impact” even is. While GIIN, the OECD the UN and others are publishing new metrics for ESG and impact measures almost on a daily basis (also reinventing the language around it), the people on the ground doing the investing find it hard to keep up. As many dedicated impact investors I have spoken to, as many different ways of interpreting it I have seen. Some of the VCs I interviewed hence find a relatively easy way out: How are you supposed to aim if you don’t know what your target is?

2. In the VC world, there aren’t reliable return numbers for impact investing yet. VCs have a strong instinct for herding; while seemingly new territory should be what they are used to, when it comes to proven financial return patterns, they often turn a blind eye. As long as there are no data points to prove — also with regards to communicating with their LPs — that “good tech” makes financial sense in the VC world, many won’t move.

3. Why change when what has worked continues to work? The VC business model of doing high-risk investments into mostly technology and biotech has worked very well; in fact, the ongoing low-interest rate environment has driven increasing amounts of capital into the asset class that is looking for exactly the kind of above-average returns the traditional VC model has generated. Why change that now?

4. The others are not really investing real money into impact either. It is true — lots of asset managers and PE investors have publicized their intentions about “going ESG” or “doing impact” widely, but not too much capital has yet been deployed concretely. Bain’s Double Impact fund is $390 million (versus the approximately $30 billion of Bain’s assets under management); KKR’s Global Impact fund is $1 billion, versus around $300 billion under management.

5. The pressure on other asset managers is much higher. On the one hand, LPs have a bigger influence over big asset managers (and they can often be the ones driving change), and on the other, the KKRs and BlackStones of the world need to overcompensate even more for how bad society thinks they are. Virtue signaling — just like CSR — is a good way of doing that (particularly if there is indeed a financial opportunity).

6. Lots of people in VC self-select to not care. As a former partner in a famous SV firm put it to me recently: young people don’t become VCs today to do good, they do it to make a fortune and wield power. While the tech world might have once been run by utopians like Steve Jobs, the wheel is now in the hands of techno-libertarians building cities in the sea, buying up NZ and (at times) supporting Trump (to then make money off that connection by extending surveillance). You reap what you sow.

But even if some of the above excuses are real — for-profit impact is in fact still a tiny asset class (see latest GIIN numbers) for instance — aren’t VCs usually ahead of the game? Contrarian and looking for the next narrative violation? Isn’t it the VCs’ task to sniff up new investment opportunities and sectors first? Most importantly: How long are VCs going to ignore the massively growing consumer appetite for responsible and impactful business (and investing, as KPMG recently found)?

So, the question remains puzzling for me: When will we see the first Tier 1 VC-firm (after Kleiner Perkins in the 2000s) announce that they’ll start a ‘”good tech” fund?