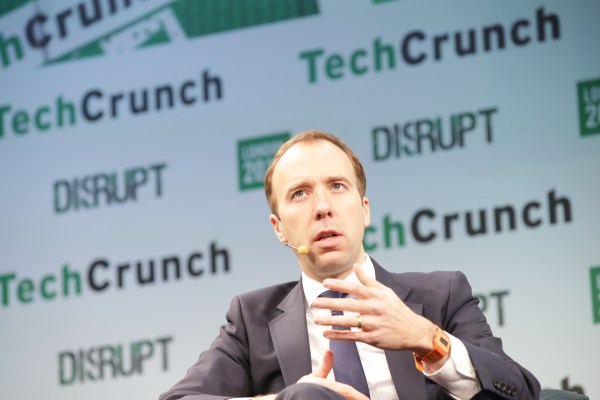 The UK has given up building a centralized coronavirus contacts tracing app and will instead switch to a decentralized app architecture, the BBC has reported. This suggests its any future app will be capable of plugging into the joint ‘exposure notification’ API which has been developed in recent weeks by Apple and Google.

The UK’s decision to abandon a bespoke app architecture comes more than a month after ministers had been reported to be eyeing such a switch. They went on to award a contract to an IT supplier to develop a decentralized tracing app in parallel as a backup — while continuing to test the centralized app, which is called NHS COVID-19.

At the same time, a number of European countries have now successfully launched contracts tracing apps with a decentralized app architecture that’s able to plug into the ‘Gapple’ API — including Denmark, Germany, Italy, Latvia and Switzerland. Several more such apps remain in testing. While EU Member States just agreed on a technical framework to enable cross-border interoperability of apps based on the same architecture.

Germany — which launched the decentralized ‘Corona Warning App’ this week — announced its software had been downloaded 6.5M times in the first 24 hours. The country had initially appeared to favor a centralized approach but switched to a decentralized model back in April in the face of pushback from privacy and security experts.

The UK’s NHS COVID-19 app, meanwhile, has not progressed past field tests, after facing a plethora of technical barriers and privacy challenges — as a direct consequence of the government’s decision to opt for a proprietary system which uploads proximity data to a central server, rather than processing exposure notifications locally on device.

Apple and Google’s API, which is being used by all Europe’s decentralized apps, does not support centralized app architectures — meaning the UK app faced technical hurdles related to accessing Bluetooth in the background. The centralized choice also raised big questions around cross-border interoperability, as we’ve explained before. Questions had also been raised over the risk of mission creep and a lack of transparency and legal certainty over what would be done with people’s data.

So the UK’s move to abandon the approach and adopt a decentralized model is hardly surprising — although the time it’s taken the government to arrive at the obvious conclusion does raise some major questions over its competence at handling technology projects.

Michael Veale, a lecturer in digital rights and regulation at UCL — who has been involved in the development of the DP3T decentralized contacts tracing standard, which influenced Apple and Google’s choice of API — welcomed the UK’s decision to ditch a centralized app architecture but questioned why the government has wasted so much time.

“This is a welcome, if a heavily and unnecessarily delayed, move by NHSX,” Veale told TechCrunch. “The Google -Apple system in a way is home-grown: Originating with research at a large consortium of universities led by Switzerland and including UCL in the UK. NHSX has no end of options and no reasonable excuse to not get the app out quickly now. Germany and Switzerland both have high quality open source code that can be easily adapted. The NHS England app will now be compatible with Northern Ireland, the Republic of Ireland, and also the many destinations for holidaymakers in and out of the UK.”

Perhaps unsurprisingly, UK ministers are now heavily de-emphasizing the importance of having an app in the fight against the coronavirus at all.

The Department for Health and Social Care’s, Lord Bethell, told the Science and Technology Committee yesterday the app will not now be ready until the winter. “We’re seeking to get something going for the winter, but it isn’t a priority for us,” he said.

Yet the centralized version of the NHS COVID-19 app has been in testing in a limited geographical pilot on the Isle of Wight since early May — and up until the middle of last month health minister, Matt Hancock, had said it would be rolled out nationally in mid May.

Of course that timeframe came and went without launch. And now the prospect of the UK having an app at all is being booted right into the back end of the year.

NHSX relayed our request for comment on the switch to a decentralized system and the new timeframe for an app launch to the Department of Health and Social Care (DHSC) — but the department had not responded to us at the time of publication.

Earlier this week the BBC reported that a former Apple executive, Simon Thompson, was taking charge of the delayed app project — while the two lead managers, the NHSX’s Matthew Gould and Geraint Lewis — were reported to be stepping back.

Back in April, Gould told the Science and Technology Committee the app would “technically” be ready to launch in 2-3 weeks’ time, though he also said any national launch would depend on the preparedness of a wider government program of coronavirus testing and manual contacts tracing. He also emphasized the need for a major PR campaign to educate the public on downloading and using the app.

Government briefings to the press today have included suggestions that app testers on the Isle of Wight told it they were not comfortable receiving COVID-19 notifications via text message — and that the human touch of a phone call is preferred.

However none of the European countries that have already deployed contacts tracing apps has promoted the software as a one-stop panacea for tackling COVID-19. Rather tracing apps are intended to supplement manual contacts tracing methods — the latter involving the use of trained humans making phone calls to people who have been diagnosed with COVID-19 to ask who they might have been in contact with over the infectious period.

Even with major resource put into manual contacts tracing, apps — which use Bluetooth signals to estimate proximity between smartphone users in order to calculate virus expose risk — could still play an important role by, for example, being able to trace strangers who are sat near an infected person on public transport.

Update: The DHSC has now issued a statement addressing reports of the switch of app architecture for the NHS COVID-19 app — in which it confirms, in between reams of blame-shifting spin, that it’s testing a new app that is able to plug into the Apple and Google API — and which it says it may go on to launch nationally, but without providing any timeframe.

It also claims it’s working with Apple and Google to try to enhance how their technology estimates the distance between smartphone users.

“Through the systematic testing, a number of technical challenges were identified — including the reliability of detecting contacts on specific operating systems — which cannot be resolved in isolation with the app in its current form,” DHSC writes of the centralized NHS COVID-19 app.

“Based on this, the focus of work will shift from the current app design and to work instead with Google and Apple to understand how using their solution can meet the specific needs of the public,” it adds.

According to one source, the UK has been pressing for the tech giants’ API to include device model and RSSI info alongside the ephemeral IDs which devices that come into proximity exchange with each other — presumably to try to improve distance calculations via a better understanding of the specific hardware involved.

However introducing additional, fixed pieces of device-linked data would have the effect of undermining the privacy protections baked into the decentralized system — which uses ephemeral, rotating IDs in order to prevent third party tracking of app users. Any fixed data-points being exchanged would risk unpicking the whole anti-tracking approach.