A paradigm shift in grocery – TechCrunch 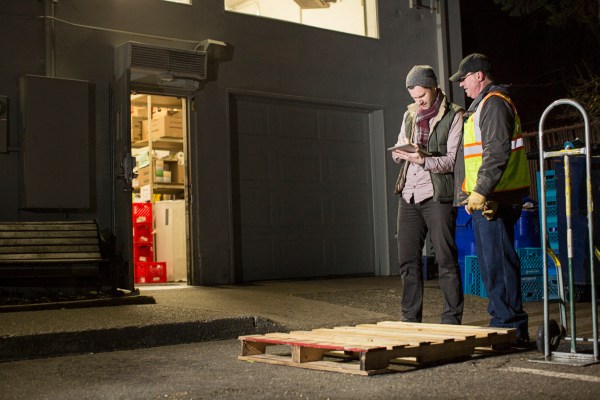 Sunny Dhillon is an early-stage investor at Signia Ventures in San Francisco where he invests in retail tech, e-commerce infrastructure and logistics, alongside consumer and enterprise software startups.
More posts by this contributor

In the blink of an eye, millennials, moms and grandparents alike have abandoned the decades-old practice of wandering dusty grocery aisles for the convenient and novel use of online grocery. While Instacart, Amazon Fresh and others have been offering an alternative to brick-and-mortar grocery for years, it is the pandemic that has classified them as essential businesses and more than ever afforded them a clear competitive advantage.

But these past couple months have seen not only drastic changes in consumer behavior, but also fundamental shifts in the business models adopted by grocers worldwide. These shifts are not temporary — indeed, they are here to stay, corona-catalyzed and permanent.

For the consumer, online grocery generally starts and ends the same way: They place their order on an app or website, and hours later it shows up at their door. But the ways those orders are being fulfilled run the gamut.

The most widely known approach comes from Instacart, which relies on hundreds of thousands of human shoppers fulfilling customers’ online grocery orders by shopping side-by-side with regular brick-and-mortar customers. The model clearly works for Instacart, which is valued at nearly $14 billion after its latest raise.

However, this model is far from ideal. Even pre-COVID, shoppers were known to crowd out regular customers, not to mention introduce high delivery costs and the element of human error to the fulfillment process.

One obvious solution has become the central fulfillment center, or CFC. CFCs are large, standalone warehouses — often serving distinct geographies — that can supply both brick-and-mortar stores and online grocery deliveries. As order volumes rise and consumers demand faster and faster delivery times, innovation has already been infused into the CFC model.

Some grocers, notably Kroger, believe that introducing robotic automation into CFCs via solutions such as Ocado can create economies of scale for fulfillment. These CFCs deploy fulfillment robots, controlled by air-traffic control tech, that run along a grid system and move goods via categorized crates. Kroger is continuing its investment in the model, recently announcing three new Ocado-automated CFCs in the West, Pacific Northwest and Great Lakes regions of the United States. The smallest location is over 150,000 square feet.

While Kroger remains uniquely attached to the CFC model, Albertsons/Safeway, Walmart and many others prefer the microfulfillment center (MFC). MFCs, typically far smaller in size (think ~10,000 square feet), are automated warehouses carved out of the back of existing stores that drive faster fulfillment times in a smaller geographic area, allowing chain stores to use their numerous geographic locations to act as effective fulfillment/delivery hubs for e-grocery coverage.