Smartphone shipments dropped 13% globally, and COVID-19 is to blame – TechCrunch

We knew it was going to be bad — but not necessarily “lowest level since 2013” bad. As Apple was busy reporting its earnings, Canalys just dropped some of its own figures — and they’re not pretty. After two quarters of much-needed growing, the global smartphone market just took a big hit. And you no doubt already know who the culprit is.

The mobile industry joins countless others that have taken a massive hit due to the COVID-19 pandemic, with shipments dropping 13% from this time last year. Here’s a graph for those of you who are visual learners: 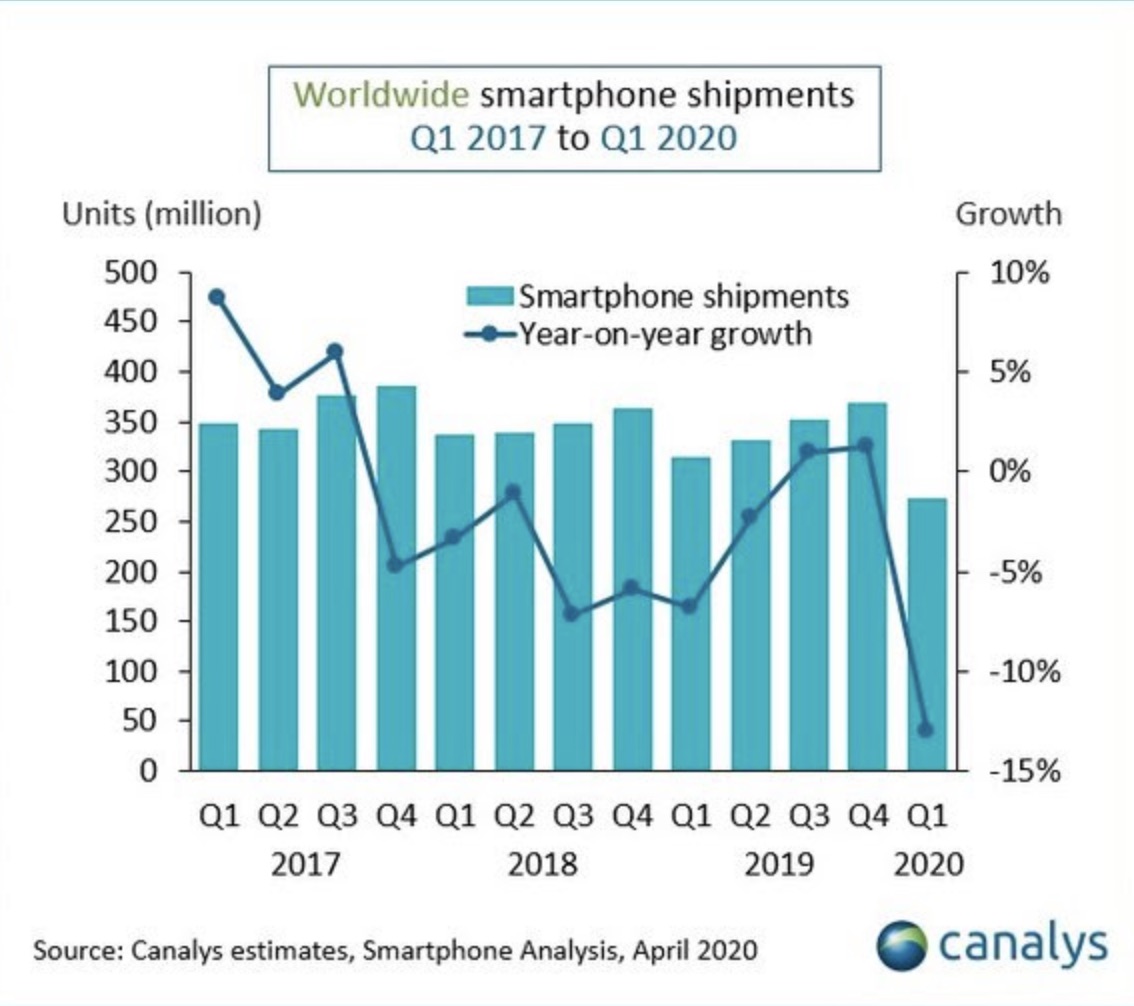 Analyst Ben Stanton used the word “crushed” to describe the novel coronavirus’s impact on the mobile market. “In February, when the coronavirus was centered on China, vendors were mainly concerned about how to build enough smartphones to meet global demand,” he writes. “But in March, the situation flipped on its head. Smartphone manufacturing has now recovered, but as half the world entered lockdown, sales plummeted.”

First it was impact on the global supply chain, which is centered in Asia, along with a drop in demand among consumers in China. As Europe, the U.S. and other locations continue to live under shelter in place orders, demand in those markets has taken a significant hit. People are stuck inside and many have lost jobs — it’s not really the ideal time to consider shelling out $1,000+ for what still seems a luxury for many.

Samsung regained the top spot, while still losing significant numbers. Both it and the number two company, Huawei, were down 17% for the quarter. Apple, at number three, dropped 8%. Chinese manufacturers Xiaomi and Vivo saw some gains, at 9% and 3%, respectively.

There are bound to be rough times ahead as well. Per Stanton, “Most smartphone companies expect Q2 to represent the peak of the coronavirus’ impact.” Apple noted the uncertainty of its own earnings by opting not to issue guidance for next quarter.