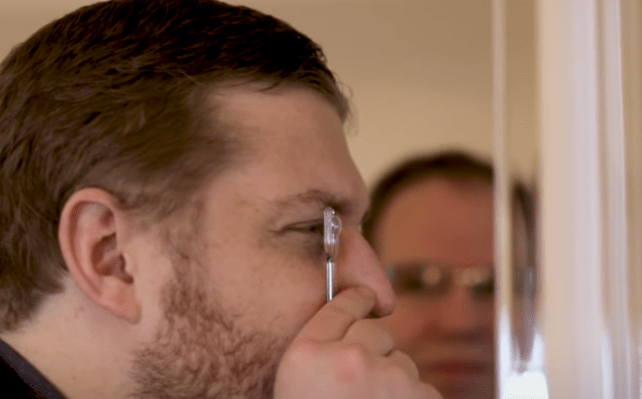 Mojo Vision’s technology still felt early-stage when we met with them back at CES. But the demos we did see were enough to convince us that there really could be something to the California startup’s smart content lens technology.

Clearly we weren’t alone in that. The company just announced that it has raised more than $51 million as part of a Series B-1, led by New Enterprise Associates (NEA), along with Gradient Ventures, Khosla Ventures, Liberty Global, Struck Capital, Dolby Family Ventures, Motorola Solutions Venture Capital and others. The lofty raise puts its total funding at north of $159 million. The move also finds NEA’s venture partner Greg Papadopoulos joining Mojo’s board.

As expected, Mojo’s using the large raise to help productize its technology. The company says it is currently working with the FDA’s Breakthrough device Program to introduce early applications for the technology focused on the visually impaired.

“The unveiling of the details of our product development earlier this year has generated increased excitement and momentum around the potential of Mojo Lens,” Mojo CEO and co-founder Drew Perkins said in a statement. “This new round of funding brings more support and capital from strategic investors and companies to help us continue our breakthrough technology development. It gets us closer to bringing the benefits of Mojo Lens to people with vision impairments, to enterprises and eventually, consumers.”

Timing for the product is still an open question. For now it remains little more than a cool technology. But taking it for a test drive gives you a notion of how revolutionary if could be if the company makes it across the finish line. And now it’s got significantly more financial support to help it get there.