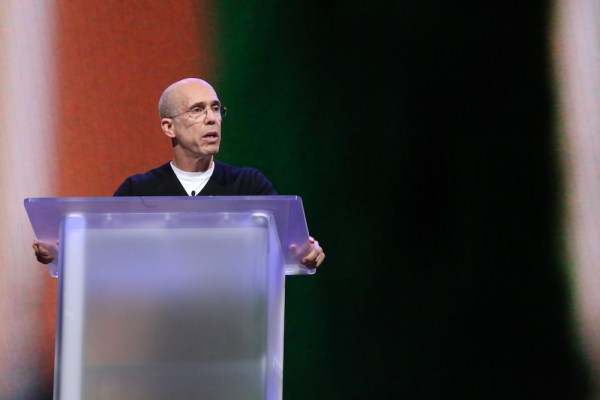 Quibi founder Jeffrey Katzenberg is admitting that the short-form video service’s launch hasn’t gone the way he’d hoped — and he knows what to blame for its issues.

“I attribute everything that has gone wrong to coronavirus,” Katzenberg said in an interview with The New York Times. “Everything. But we own it.”

Back in April, I actually asked Quibi executives about how they thought the worldwide pandemic and widespread social distancing measures might affect their launch. After all, an app designed to deliver videos under 10 minutes when you’re on-the-go seems less appealing when no one can leave their house (where you can just sit on your couch and watch Netflix).

“I’m looking to take small breaks more than ever before to stand up, walk around, go outside,” CTO Rob Post said at the time. “Our use cases are these in-between moments. Now more than ever, that use case is still present.”

Similarly, Katzenberg told The Times he’d hoped “there would still be many in-between moments while sheltering in place.” Instead, he argued that those moments are still happening, “but it’s not the same. It’s out of sync.”

How badly has the launch gone? Quibi says it has been downloaded around 3.5 million times, and that it currently has 1.3 million active users. That’s a significant audience, especially for a service that was only released a little over a month ago.

Still, Katzenberg admitted it’s “not close to what we wanted.” And the company is apparently adjusting its projections, which had called for the service to reach 7 million users and $250 million in subscriber in its first year.

At least it sounds like Quibi is trying to learn and adapt. For one thing, the marketing has started to shift to promoting specific shows like “Reno 911” reboot, rather than advertising the idea of Quibi itself. For another, the company said it will be adding support TV viewing support for iOS users this week.