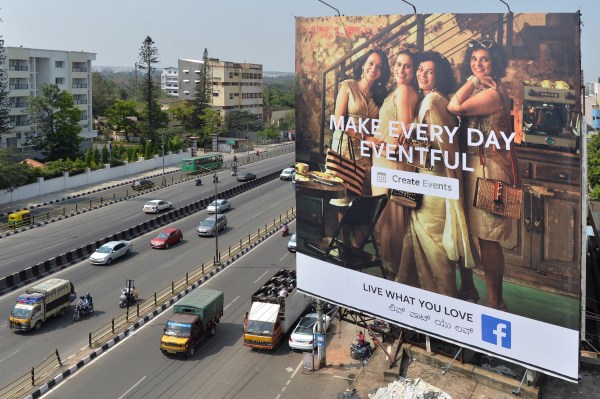 Facebook has expanded Fundraisers to India and is working with several additional state governments to provide authoritative information about the coronavirus to more people in the country, it said today.

Fundraisers, which was available in the U.S., Europe and dozens of other markets prior to Monday’s announcement, allows people to collectively contribute towards the community.

The social juggernaut, which counts India as one of its biggest markets by user base, said people in the nation can find more than 70 charities on its platform to financially support and create their own causes.

Facebook Fundraisers’ expansion to India is the latest of several efforts from the U.S. headquartered company to actively participate in doing its part in the world’s second largest internet market, where several of its businesses have been scrutinized in recent years.

“At a time when the country is in the middle of an unprecedented effort to fight the outbreak of the virus, we are deeply aware of the economic impact of the disruption in normal life. Communities around the country need help. Facebook Fundraisers allows people to leverage the full scale and power of the platform, and their passion, to direct resources to initiatives that can protect and save lives,” said Ajit Mohan, the head of Facebook in India.

Facebook said today it now maintains partnership with 11 state governments in India for its WhatsApp helpline and 9 state governments for Messenger. The helplines are available in several regional languages including Hindi, Telugu, Marathi, and Odia.

“Each of these health alert lines provide the government and health authorities a powerful mechanism to dispel rumors and misinformation that may be circulating about the Coronavirus,” said Mohan, who previously led Disney’s Hotstar business in India.

The company said it is also conducting training sessions with local governments and health organizations to help them deliver information to the community. It has so far engaged in training sessions with Union Health Ministry, state units of the National Health Mission, State Governments of Kerala, Delhi, Karnataka, Telangana, Maharashtra, Andhra Pradesh, Rajasthan, Punjab and Odisha.

In recent weeks, the Indian government has asked social media services to stop the spread of misinformation on their platforms. For Facebook, it’s not a new warning. The ruling government, a big user of Facebook’s services itself, has warned the company to contain the spread of misinformation that has resulted in severe consequences in the real world.

Facebook additionally said today that more tens of thousands of educators in India were using Workplace Advanced, a tier of its team collaboration service that it is providing to organizations and individuals for free of charge to ease burden on them during the crises.