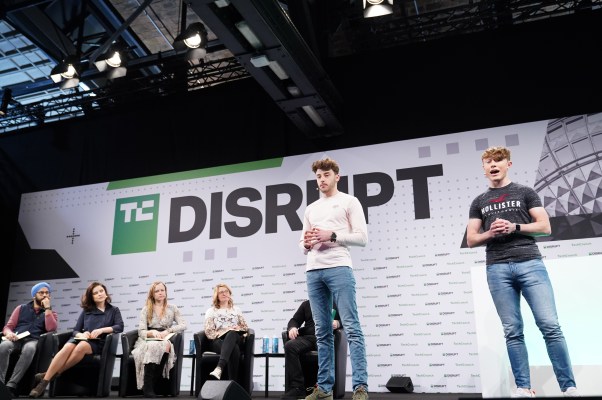 The team at Wotch has created a new social video platform — but wait, don’t roll your eyes quite yet.

“Obviously, we’re very used to someone creating a new internet video-sharing platform,” said co-CEO Scott Willson. “It must be very irritating for everyone to hear that.”

And yet Willson and his co-founder/co-CEO James Sadler have attempted it anyway, and they’re competing today as part of the Startup Battlefield at Disrupt Berlin. They’re only 22 years old, but Sadler said they’ve been working together for the past few years, with past projects including the development of e-learning platforms.

They were inspired to create Wotch because of YouTube’s recent problems around issues like demonetization, where many YouTubers lost the ability to monetize their videos through advertising, and other controversies like an attempted overhaul of its verification system.

Willson said YouTube has been “leaving out creators in terms of communications,” and as the controversies grew, the pair thought, “there has to be a better way of doing this.”

The key, Sadler added, is giving video creators a bigger say in the process: “We’re very hands-on with these creators. We’re not just sending them an automated email.”

In fact, they’re giving creators an opportunity to buy equity in Wotch to get a stake in the company’s success. They’re also appointing a creator board that will be consulted on company policy.

Wotch creators will be able to make money by selling subscriptions, merchandise and ads — not the standard pre-roll or mid-roll ads (which Willson described as “irritants”), but instead partnerships where they incorporate brand products and messages in their videos.

Asked whether this might create the same tension between advertisers and creators that YouTube has been struggling with, Willson argued, “What it comes down to is correctly matching advertisers with creators.” Some advertisers don’t mind working with video-makers who are “pushing the boundaries” — they just need to know what they’re getting into.

Sadler also said that Wotch will be providing creators with more data about their viewers, like identifying their most loyal fans, their most engaged fans and their first “wotchers.”

And the site will take a different approach to content moderation, using technologies like video frame analysis to identify “risky” content, as well as relying more on community moderation. Sadler said it will be a “consensus” approach, rather than the “dictatorship” of other platforms.

“We’re rewarding users for helping to cleanse these platforms,” he added.

Wotch isn’t identifying any of the big creators who he says have signed on, but Sadler told me that the company is largely focused on emerging markets and has already recruited 25 of the top creators in Brazil (where YouTube has an enormous audience, to sometimes detrimental effect) and throughout South America. Those creators won’t be posting on Wotch alone, but they will be creating exclusive videos for the service.

While a beta version of Wotch is already live, Sadler and Willson plan to launch a revamped version of the service early next year. You can get an early preview of the changes by using the promotional code “TECHCRUNCH.”