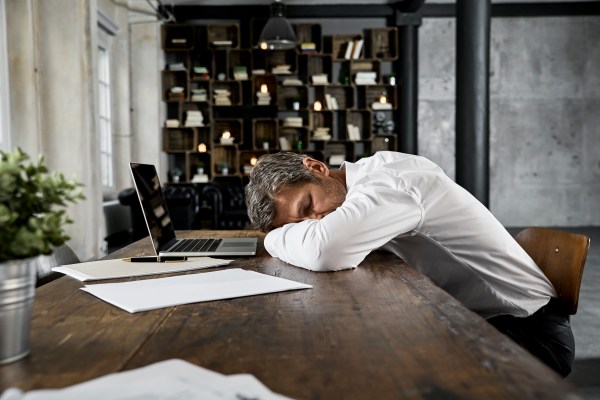 I was in SF last week and met with more than a dozen VCs over the course of two days. This was post the holidays, post their visits to the ski chalets in Tahoe and the island beaches, and in the smack dab of one of the most important fundraise periods of the year — the mid-to-late January to April stretch when all the backlog of startups from Q4 initiate their fundraises for the new year.

And the one constant refrain I heard over and over again across these conversations was just this: VCs are tired.

The reasons were similar if not perfectly overlapping. The biggest driver was the sheer flood of venture dollars targeting too few deals in the Valley these days. Consumer investing has become passé as exits disappear and the mobile wave crests (last year was the first year B2B investing overtook consumer investing in modern memory), forcing everyone to chase the same set of SaaS companies.

VCs described to me how the top deals start and close their fundraises in 48-72 hours. Several VCs groused that dozens of firms now descend like hawks on the unwitting but fortunate target startup, angling for a term sheet and willing to give up valuation and preferences left and right for any chance at the cap table. Earlier investors are just as desperate to own that equity, and no longer play any sort of honest broker role that they might have in the past.

Plus, the FOMO of the moment is more acute than ever — a VC at the end of the day might have already seen a dozen companies, but gets a late night intro to one last company — perhaps the company that could make or break their career. And so they will take that one last meeting, and then one more last meeting, hoping to find some meaningful edge against the competition.

And so VCs are running ragged around South Park, and increasingly, flying around the world scouring for any alpha wherever they can find it. Increasingly, it feels, they aren’t finding it though.

Firms are doing what they can. They are staffing up, trying to hire more raw talent in the hopes of finding that last undiscovered company. They scour their own portfolios and probe their founders, trying to find a tip to a deal that their competitor may have missed. They host dinner after dinner (sometimes multiple in one night — as I sometimes witness when I get an invitation to all of them as if I can be in more than one place at the same time), again, hoping to find some bit of magic.

Ironically, the “tired” line was something I used to hear from seed investors, who constantly had to churn through dozens of under-hearted startups to find the gold. Now, I’ve heard this language more and more from later-stage VCs, where the Excel spreadsheet drives the valuation more than a relationship with a founder — and everyone can read the gridiron of SaaS metrics.

All of this in some ways is good for startup founders (and their earliest investors) — higher markups are going to result in more resources with less dilution, and that’s always nice. The challenge is that relationships are being forged in the most intense of sale processes, and that means that founders may only have a short period of time to work with a partner before committing a board seat to that individual. Personalities are hard to judge in such a crucible.

As are the numbers. We’ve chatted a bit about reneged term sheets on Equity, but it’s a pattern that I hear whispered about more and more. Less due diligence is happening before the term sheet is signed (again, to beat out the rabid competition), and there is now more buyer’s remorse from VCs (and very occasionally founders) that can lead to a botched round along the way.

Lack of bandwidth, hyper-velocity, a pittance of sleep — all of these are intensifying the sensitivity of VC returns. Email a VC an hour before or after and it may well change the result of a fundraise. VCs once had a reputation for plodding and slow deliberation. That old normal is definitely dead right now, and in its place is a new, modern VC who is going to determine millions of dollars in a few minutes on a jet fuel of caffeine and ambition.

It’s the best and worst of times, and I can’t help but wonder what the results of the 2019 and 2020 vintage years are going to look like 8-10 years from now.