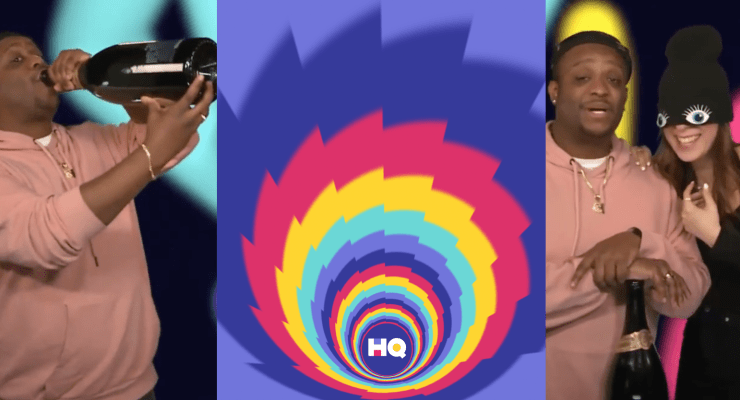 “Not gonna lie. This f*cking sucks. This is the last HQ ever!,” yelled host Matt Richards . And it just got crazier from there.The farewell game of HQ Trivia before it shut down last night was a beautiful disaster. The hosts cursed, sprayed champagne, threatened to defecate on the homes of trolls in the chat window and begged for new jobs. Imagine Jeopardy, but Trebek is hyped-up and blacked-out.

Yesterday HQ Trivia ran out of money, laid off its 25 employees and shut down. It was in talks to be acquired, but the buyer pulled out last-minute and investors weren’t willing to pour any money into the sagging game show. It had paid out $6 million in prizes from its $15 million-plus in venture capital since launching in late 2017.

But HQ was in steady decline since February 2018, when it peaked at more than 2.3 million concurrent players — to just tens of thousands recently. The games grew repetitive, prize money was split between too many winners, co-founder Colin Kroll passed away, original host and quiz daddy Scott Rogowsky was let go, the startup’s staff failed in an attempt to mutiny and oust the CEO and layoffs ensued. You can read how it all went down here.

But rather than wither away, the momentary cultural phenemenon went out with a bang. “Should HQ trivia shut down? No? Yes? Or f*ck no!” Richards cackled.

You can watch the final show here, and we’ve laid out some of Richards’ and co-host Anna Roisman’s choicest quotes from HQ’s last game:

Then things really went off the rails at 41 minutes in, cued up here: