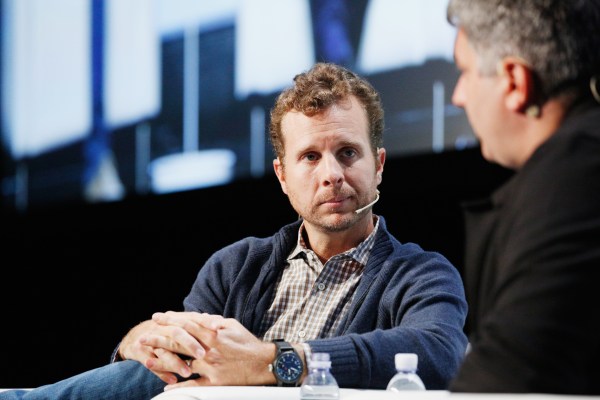 Ring is now a major player when it comes to consumer video doorbells, security cameras — and privacy protection.

Amazon acquired the company and promotes its devices heavily on its e-commerce websites. Ring has even become a cultural phenomenon with viral videos being shared on social networks and the RingTV section on the company’s website.

But that massive success has come with a few growing pains; as Motherboard found out, customers don’t have to use two-factor authentication, which means that anybody could connect to their security camera if they re-use the same password everywhere.

When it comes to privacy, Ring’s Neighbors app has attracted a ton of controversy. Some see it as a libertarian take on neighborhood watch that empowers citizens to monitor their communities using surveillance devices.

Others have questioned partnerships between Ring and local police to help law enforcement authorities request videos from Ring users.

In a wide-ranging interview, Ring founder Jamie Siminoff looked back at the past six months, expressed some regrets and defended his company’s vision. The interview was edited for clarity and brevity.

TechCrunch: Let’s talk about news first. You started mostly focused on security cameras, but you’ve expanded way beyond security cameras. And in particular, I think the light bulb that you introduced is pretty interesting. Do you want to go deeper in this area and go head to head against Phillips Hue for instance?

Jamie Siminoff: We try not to ever look at competition — like the company is going head to head with… we’ve always been a company that has invented around a mission of making neighborhoods safer.

No one was making — and I still don’t think there’s anyone making — a smart outdoor light bulb. We started doing the floodlight camera and we saw how important light was. We literally saw it through our camera. With motion detection, someone will come over a fence, see the light and jump back over. We literally could see the impact of light.

So you don’t think you would have done it if it wasn’t a light bulb that works outside as well as inside?

For sure. We’ve seen the advantage of linking all the lights around your home. When you walk up on a step light and that goes off, then everything goes off at the same time. It’s helpful for your own security and safety and convenience.

The light bulbs are just an extension of the floodlight. Now again, it can be used indoor because there’s no reason why it can’t be used indoor.

Following Amazon’s acquisition, do you think you have more budget, you can hire more people and you can go faster and release all these products?

It’s not a budget issue. Money was never a constraint. If you had good ideas, you could raise money — I think that’s Silicon Valley. So it’s not money. It’s knowledge and being able to reach a critical mass.

As a consumer electronics company, you need to have specialists in different areas. You can’t just get them with money, you kind of need to have a big enough thing. For example, wireless antennas. We had good wireless antennas. We did the best we thought we could do. But we get into Amazon and they have a group that’s super highly focused on each individual area of that. And we make much better antennas today.

Our reviews are up across the board, our products are more liked by our customers than they were before. Jamie Siminoff

Our reviews are up across the board, our products are more liked by our customers than they were before. To me, that’s a good measure — after Amazon, we have made more products and they’re more beloved by our customers. And I think part of that is that we can tap into resources more efficiently.

And would you say the teams are still very separate?

Amazon is kind of cool. I think it’s why a lot of companies that have been bought by Amazon stay for a long time. Amazon itself is almost an amalgamation of a lot of little startups. Internally, almost everyone is a startup CEO — there’s a lot of autonomy there.