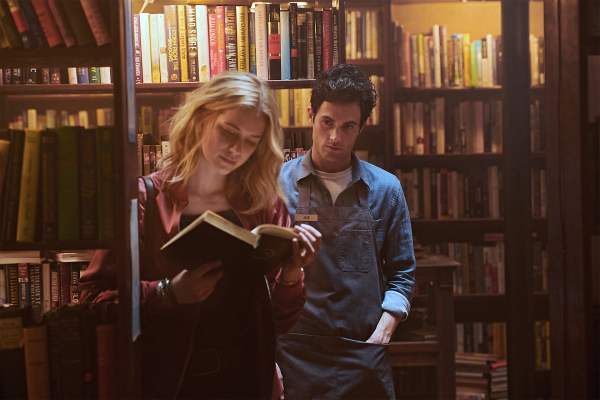 The second season of the Penn Badgley romantic murder drama “You” launches on Netflix today — and along with it, a new project called Cosmopolitan Watch Party.

You can hit play on the Watch Party website at the same time as you hit play on each episode, kicking off an experience that runs alongside the show. Watch Party will show you content from Cosmo that’s tied to what you’re seeing on-screen, and it’s often drawn from interviews with the cast and crew.

Cosmopolitan editor-in-chief Jessica Pels said her publication created Watch Party with Google News Lab, a team that collaborates with newsrooms to create new experiences as part of the larger Google News Initiative. The idea was to respond to broader shifts in TV viewing, where “binge viewing is the thing, appointment viewing is not.”

She added, “As a viewer, if you don’t catch it in that moment, you feel like you’re left out of that conversation. That’s why we’re bringing the conversation to you.”

Pels was hesitant about revealing too many details about Watch Party content, as so much of it is tied to the twists and turns of the new season. But as an example, she said Watch Party could reveal that Badgley described “a certain song that he listens to when he’s trying to get into the headspace of this murderer, in order to get into this scene.” 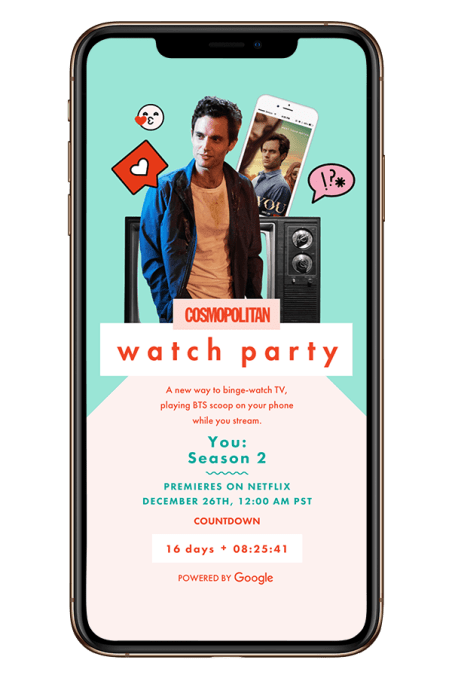 Not everyone will embrace the idea of constantly looking at their phone while they watch Netflix, but Pels said Cosmopolitan’s traffic data suggests that plenty of viewers are doing it already. She also emphasized that it’s “all flat content” consisting of text and graphics, with no video or sound.

“You don’t want to be annoyingly distracted from the show,” she said, describing it as “true companion content” that you can check when you want and ignore otherwise.

Simon Rogers, data lead at Google News Lab, told me that Pels and her team were given access to exclusive Google Trends data for additional insight into which characters and cast members viewers were responding. The News Lab also built a custom content management system for Watch Party that could be used for similar experiences in the future.

Not that Pels has necessarily decided what the next Watch Party will be.

“I kind of want to leave ourselves open to the right partnership or the right next opportunity for how best to execute round two,” she said.