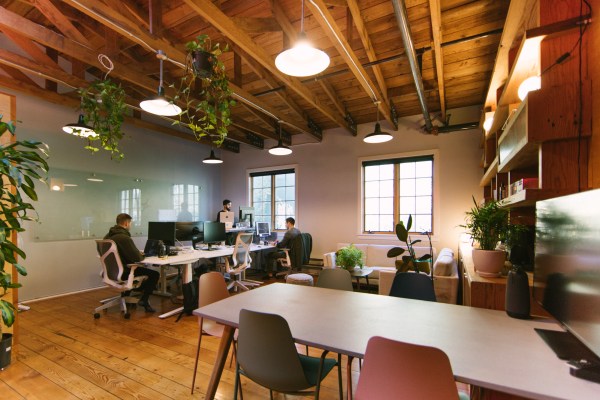 You may have heard the pitch before, Facebook, Twitter and Instagram aren’t homes for your real friends anymore because they’re too big, too commercial and too influencer-y, the result is that your most important relationships have been relegated to the lowest common denominator tool on your phones: your texting app.

Cocoon, a startup from a couple of ex-Facebook employees that went through YC earlier this year, is hoping to create the dedicated software that you use for that most important group chat in your life. The iOS-only app is a bit of a cross between Life360, Slack and Path.

While Life360 is the app for concerned parents, Cocoon wants to be the app for curious long-distance families who want to check on their family and closest friends more easily. The app is structured around a Slack channel-like feed where photo, text and location updates can be pushed alongside threaded replies. Like Life360, you can can also access a dashboard of a group’s users and see where they are located in the world and whether they’re at home or work based on group-designated locations. It’s the app’s focus on close friends that has drawn comparisons to Dave Morin’s oft-loved social networking app Path.

“I am always super open and welcome to comparisons to Path because I loved it and it was totally an awesome app,” co-founder Alex Cornell tells TechCrunch. “When you look at our narratives and what we’re trying to accomplish — the goals of supporting close friends and family — there is a lot of similarity there. But at the core, our solution is actually quite different.”

That core difference, the founders tell me, is that Cocoon isn’t a social network. People are signing up to be in this small group with a few close friends of family members but the groups are closed and users aren’t (currently) logging into multiple groups.

“The main thing with a network is like that people aren’t necessarily all connected to one another, it’s asymmetrical so my friends aren’t friends with your friends and when I post a photo, you’re seeing comments from people you don’t know,” Cornell adds.

There are some clean parallels to other consumer apps, but the biggest competitor to Cocoon is what goes down in the small groups you have in iMessage or any of your other chat apps. Cocoon wants to be a properly-interfaced social network inside a group chat where everything is for the group’s benefit only. A lot is still in flux just one day after launch and the founders are hoping they can learn more about what people want from the app from its earliest users.

Like Path, the startup has a noble goal but a social app with dramatically lessened network effects certainly seems like it might have some sustainability issues. The app is currently free, but the founders say that they won’t be selling any user data or surfacing ads, hoping to add in a subscription pricing model to sustain the business. “It’s definitely top of mind and something that we want to do sooner rather than later,” CEO Sachin Monga tells us.

The company has a bit of cash to sustain things on their own for a while. Cocoon wrapped a $3 million seed round in May led by Lerer Hippeau with Y Combinator, Susa Ventures, Norwest Venture Partners, Advancit Capital, Foundation Capital, iNovia, Shrug Capital and SV Angel also participating.