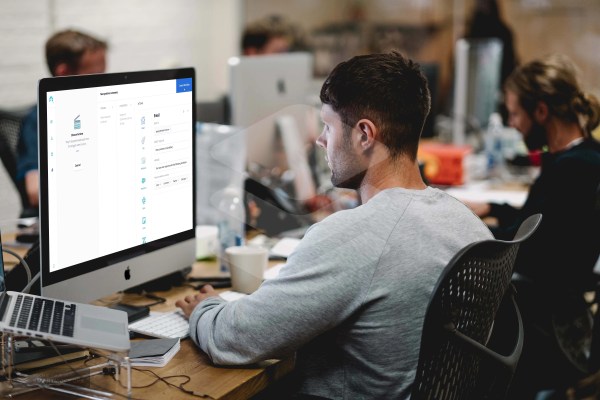 Chattermill, the London startup that offers what it calls a “customer understanding” platform that uses machine learning to gain scalable insights into customer feedback, has raised $8 million in Series A funding.

Leading the round is DN Capital, alongside Ventech and btov Partners. Silicon Valley Bank also participated, in addition to a number of angel investors including Matt Price (Senior Vice President at Zendesk), and Nilan Peiris (VP Growth at Transferwise). Existing investors Entrepreneur First, Avonmore Developments and 2be.lu also followed on.

I’m also told that Price, who previously led Zendesk’s growth in EMEA, will join the Chattermill board as Non-Executive Director.

Co-founded by Mikhail Dubov and Dmitry Isupov in 2015 while going through the company builder program run by Entrepreneur First, Chattermill was born out of a frustration that it can take weeks or months for customer research to yield any quality insights, which would then be out of date by the time it reached decision-makers and action could be taken. Like many problems of scale, the pair believed machine learning could be an important part of the solution, coupled with an accessible user interface that surfaces customer feedback across multiple channels in an actionable way.

Since then, Chattermill’s platform has been used by a number of high-growth companies, such as HelloFresh, Uber, Deliveroo, and Zappos. London fintech darling Transferwise was also an earlier customer — so perhaps unsurprising that its VP of Growth is now an investor.

Comments Transferwise’s Peiris: “Chattermill enables our team to take customer insights deeper than ever before and focus on the key factors that make a difference to our users and drive our growth. I’ve seen first-hand the value a product like Chattermill’s can add to a company and that’s why I decided to invest in this round”.

Agonistic to where the customer feedback is generated, Chattermill integrates with lots of third-party software, aggregating various feedback such as surveys, reviews, support tickets, and social media.

“We have built a large library of pre-built connections to the most popular customer feedback systems such as SurveyMonkey, Trustpilot, Zendesk and Salesforce,” explains Chattermill co-founder Mikhail Dubov.

“A new customer would usually connect a few of these data sources to start with. We then build a model to understand their customer experience from both the data we see and knowledge already embedded in our system. Once this is done, we can start delivering analytics and insights directly to their users in real time and with high accuracy, enabling businesses to make better-informed decisions at a faster speed and scale”.

Asked what assumptions Chattermill got right after raising its seed round in December 2017, Dubov says two key strategies have panned out well. One was to go after “customer-focused” businesses at the start, and the other was to double down on the depth of insights and the product’s ease of use versus “over-investing” in specific machine learning technologies.

“This meant our offering became even more powerful as NLP made a huge step forward in the last two years with models such as GPT and BERT,” Dubov explains. “We were able to swap out parts of our model to improve quickly rather than being attached to a specific architecture”.

However, not everything was foreseen, and Dubov says he didn’t anticipate how much the tech landscape around customer experience would change. “With the acquisitions of Qualtrics and IPOs from Medallia and SurveyMonkey, we now see a lot more attention to the sector from both customers and investors,” he says. “We also see a lot more interest in extracting insight from customer conversations via chat and voice than we did two years ago”.